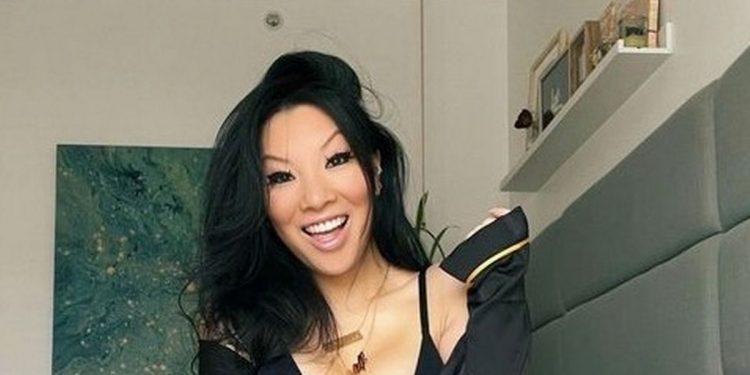 Mum-of-two, Asa Akira, 36, from the United States, took to Instagram to share some sizzling snaps of herself in the black bra and pants with her 2.3million followers.

No, we didn’t know they made clothes either.

But, Asa had her followers feeling dizzy after she posted the cheeky photos online.

In one snap, Asa – who won the AVN Female Performer of the Year Award – covered part of her face with her long black hair and peeked at the camera with a sultry pout.

In a third, Asa tossed off the robe and grinned while waving her arms in the air.

In the comments, her followers went wild for the outfit.

One commented: “hot mama,” while another said: “beautiful and sexy”.

While others were obsessed with the underwear set.

A woman noted: “But that little bra & undie set is so cute,” while another added: “Oh this set on you is fireee.”

In the collection are thongs, bralets, a sports bra, men’s boxers, silky pyjamas (which also come in pink), an eye mask, slides and even a furry hat.

So, if you’re a fan of the site we guess you can now show that allegiance off!

She also gave money to charities that help to get food to people who are elderly or have to self-isolate.

But, while Asa seems open about her kinky career it turns out she still worries that she’ll get in trouble with her own mum if she ever spots the love bites on her neck.