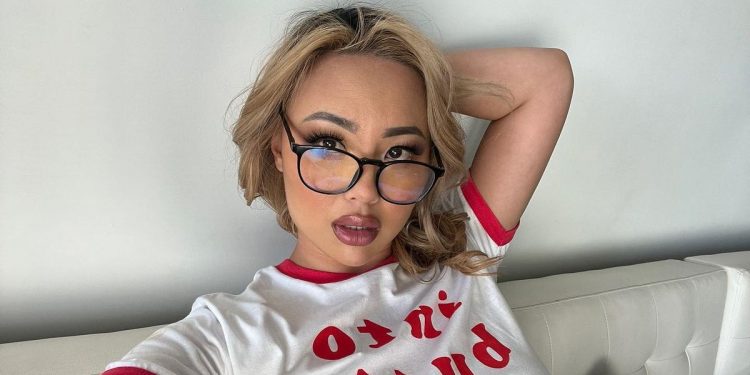 
An OnlyFans model has spilled the beans on her raunchy sex life after revealing how many people she’s slept with.

Kazumi Squirts is not one to keep her bedroom antics a secret after claiming she’s bonked 500 people already.

The bombshell, from Florida, US, is even a member of the Mile High Club as she once did it on a rented plane with a pal.

And now since she loves discussing her raunchy behaviour, the 24-year-old has opened up about her body count.

She said: “I would say the most I’ve ever had sex with in a week was a little over 50.

“I’d say for work (if we count women) I’m probably doing about 2-3 scenes a week.

Previously she claimed she lost count of her sex sessions, although she does vaguely remember the number.

She detailed: “Being around other sex workers was never a super foreign concept to me.

“Eventually I felt comfortable enough to take the plunge!”

Kazumi also shares content on OnlyFans, which she turned to in 2019 while working as a marketing executive.

She admitted: “I had already been used to taking lewd photoshoots and risqué little clips of myself, but nothing nasty.

“Eventually during Covid I wanted a well paying remote job… and OnlyFans turned out to be it.

“Then I tarted filming sex tapes and it became a whole lot of fun!”

And luckily her saucy venture hasn’t gotten in the way of her relationships, as she claimed her friends admire what she does.

Exercise Is Powerful Medicine for Depression

Exercise Is Powerful Medicine for Depression