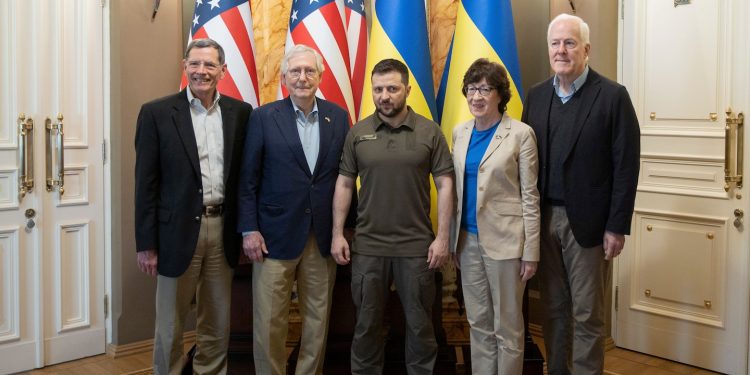 The result has been to give the president much-needed political breathing room in foreign policy at a time when the fate of what remains of his domestic agenda is very much in doubt and Democrats fear a rout in November’s midterm elections.

Recent numbers on the Clerk of the House’s website tell the story.

In the vote to send Ukraine nearly $40 billion in military, economic and humanitarian assistance, Democrats went 219-0 in favor. (The Senate may approve the package this week.)

On the vote to expand the World War II-era lend-lease military assistance program to expedite weapons shipments to Ukraine and other Eastern European countries, Democrats went 221-0 in favor. (The Senate had adopted it by voice vote.)