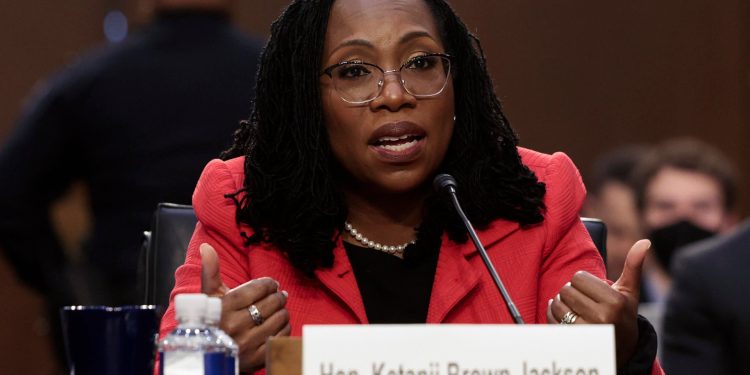 
On April 7, Ketanji Brown Jackson was confirmed by the Senate as the first Black woman to serve on the US Supreme Court.

She is replacing judge Stephen Breyer, whose term is set to end at the end of June, as per Reuters.

Her confirmation comes as a milestone for the United States, and the POTUS even took to Twitter to celebrate the victory.

President Joe Biden tweeted: “Judge Jackson’s confirmation was a historic moment for our nation. We’ve taken another step toward making our highest court reflect the diversity of America. She will be an incredible Justice, and I was honored to share this moment with her.”

As Ketanji becomes the sixth woman justice ever in the history of the Supreme Court, here are a few of her most powerful quotes.

Some of the most significant quotes from Ketanji Brown Jackson

Who is the new US Supreme Court judge?

Ketanji was born in Washington to two public-school teachers. Her family moved to Miami when she was still a child.

Ketanji is married to Patrick Jackson, a surgeon with whom she shares two daughters.

She has served as a federal judge on the United States Court of Appeals for the District of Columbia Circuit since 2021.

She was nominated to be an associated justice of the Supreme Court of the United States in February 2022 following Stephen Breyer’s announcement that he’s stepping down at the end of his term.