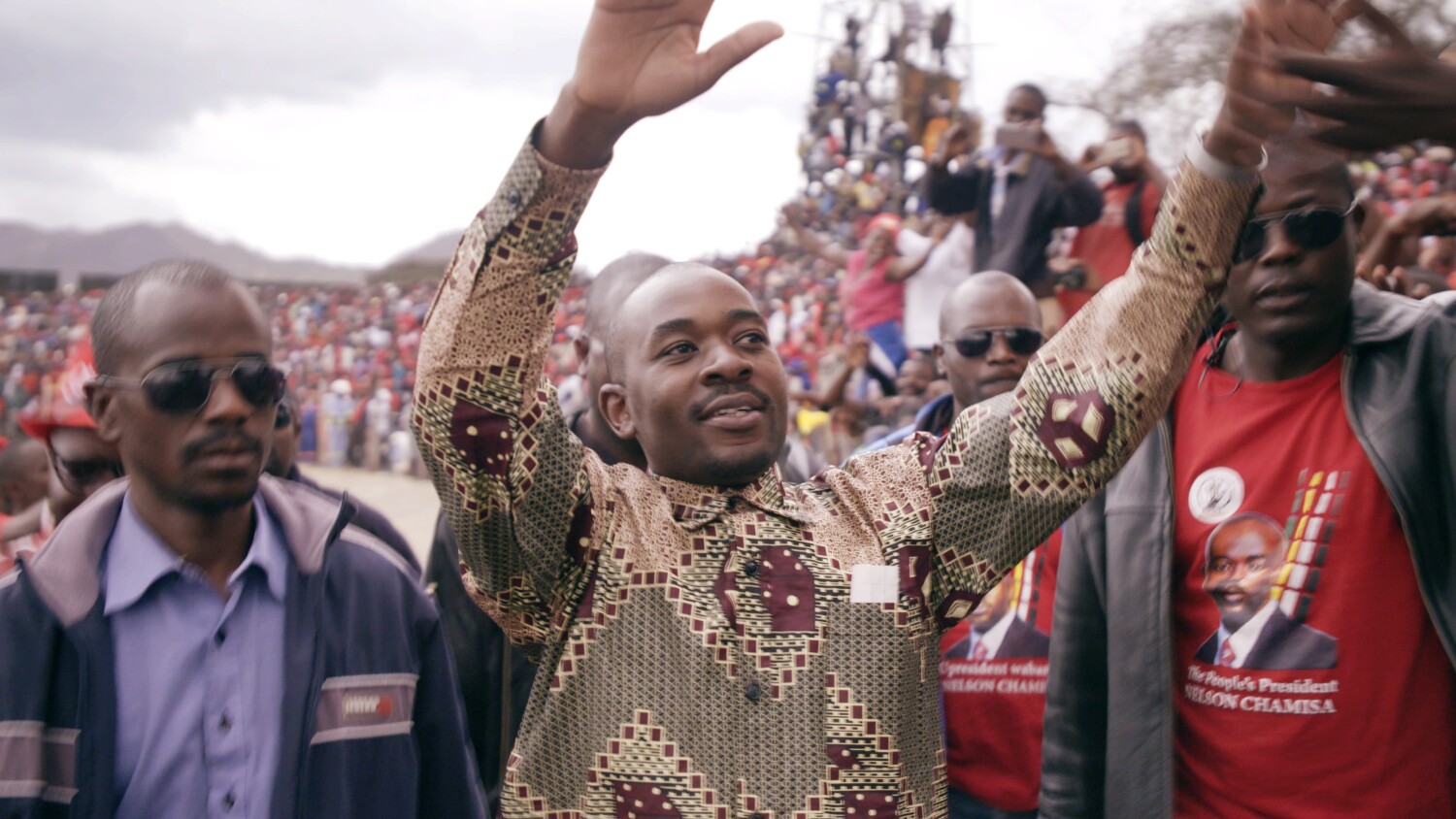 It’s impossible to watch Camilla Nielsson’s outstanding, gripping, necessary documentary about Zimbabwe’s 2018 national elections, “President” — one of the year’s best nonfiction films — without thinking of democracy as an especially fragile system in an increasingly unhospitable time. The lessons for Americans in this story’s churning peril and carefully laid traps shouldn’t be ignored.

Nielsson is a Danish filmmaker who, over the past 10 years, has earned an extraordinary amount of trust from many of the top figures on both sides of Zimbabwean politics, namely the ruling party, Zanu-PF, and the opposition alliance, the Movement for Democratic Change. Her 2014 film “Democrats” was an inside look at the battered, economically depressed African country’s attempt to forge a pro-democracy constitution while then-President Robert Mugabe was still flexing his dictatorship muscles.

Though she had to fight a censorship ban there on the completed film (a legal battle she won), her relationships allowed her to continue filming after Mugabe’s 2017 ouster in a military coup, when millions of Zimbabweans were led to believe by Vice President Emmerson Mnangagwa that the following year’s scheduled presidential contest would be the first free, fair and credible election in over a generation.

Sensing the importance of that vote, Nielsson turned her camera toward the challenger campaign of then-40-year-old activist lawyer Nelson Chamisa, whose galvanizing message of transformational economic change and a promise to root out systemic corruption was resonating throughout the country. But Chamisa was a challenger in more ways than one — he had taken the reins of MDC unexpectedly only four months before the election, after the group’s longtime, founding leader died in the middle of his candidacy. Could Chamisa — vibrant and knowledgeable but untested, charismatic yet lesser known — carry his opposition party to its expected historic victory?

“President” boasts remarkable access to the inner workings of Chamisa’s push. It starts with energized crowds at his jampacked rallies in rural areas, where we hear from people who are eager for their lives to improve but also unsure they’ll get the transparent election and peaceful transfer of power they’ve been assured will happen, should Chamisa win.

Inside campaign meetings at MDC headquarters, the vibe is cautiously optimistic — polling data is on their side, they can feel the mood, and their opponent’s rallies have been sparsely populated. But our early glimpses of Mnangagwa from public appearances — a stolid figure calmly, slowly saying the right things about election credibility to the press — show a disquietingly measured confidence. It’s the face of a wily political veteran who, after all, knew how to get rid of Mugabe and who has fully internalized how power is maintained in an autocratic government.

Once the first crack in the process’ legitimacy materializes — the Zimbabwe Electoral Commission’s suspicious exclusion of Chamisa’s party from the ballot-printing process — “President” becomes something infinitely nervier and scarier as an election narrative. We watch battles being fought that have nothing to do with the will of the people deciding on issues important to them and everything to do with rules, obfuscation, messaging, legal tactics, polling station irregularities, delayed results and, most disturbingly and graphically, state violence against demonstrating citizens in the days after the election. The appearance of international election observers — U.S. Rep. Karen Bass among them — does little to assuage concerns over whether the process has been independent, with one spokesperson answering a reporter’s query about the issue with, “There’s no easy answer.”

With every bracing scene — whether in public spaces that start simmering uncomfortably or private confabs with the increasingly worried Chamisa campaign — Nielsson’s observation-only vérité approach preserves the immediacy of what we’re witnessing. She doesn’t conduct interviews. The spare on-screen text is kept to names and timeline clarity. “President” is in-the-moment documentary storytelling of the highest order, and what it’s showing is what the threat to democracy everywhere looks like and will continue to look like.

In English and Shona with English subtitles

Harvestella wants to be a...

If you’ve ever been watching...