Pretty Penstemon Varieties for Pollinators in the Southern Plains


When it comes to underappreciated perennials that deserve more attention, penstemon, or beardtongue (Penstemon spp. and cvs., Zones 3–9) is among those at the top of my list. This genus is a pollinator magnet and is endemic to North and Central America, with roughly 230 to 280 species. Of these, 93 make their home in the five states comprising the Southern Plains region, many of which are found growing in the southern prairies. Penstemons are adapted to climates as varied as sand dunes and alpine scree to grasslands and moist forests. Some can be found distributed far and wide across the country, while others, like Oklahoma penstemon (Penstemon oklahomensis, Zones undetermined), have a limited range. All of these penstemon varieties are highly attractive to pollinators and a wonderful addition to the Southern Plains garden.

Penstemons produce spikes of tubular flowers atop sturdy stems. If you look inside a penstemon flower, you will see the origin of the name. Penstemon is Greek for “five stamens,” referring to the male reproductive organs of the flower. In penstemons, four of the stamens are fertile and one is sterile. This fifth, sterile stamen has a tuft of small hairs along the filament, giving the plant its common name, beardtongue. These hairs serve an interesting function in pollination.

Attract these pollinators to your garden with penstemons

One of the primary pollinators of penstemons are native bees, including sweat bees, leafcutter bees, and bumblebees. The hairs on the sterile stamen and the tubular shape of the flower force bees deeper into the flower as they feed. The fertile stamens then wrap around the bee, depositing pollen at just the right place on their bodies to pollinate the next flower they visit.

Bees are not the only pollinators to visit penstemons. Hummingbirds love sipping nectar from these flowers, so be sure to plant one near a window where you can watch the action. Butterflies and moths also feed on the sweet nectar. Some species of penstemon also serve as host plants to butterfly caterpillars. Penstemons bloom for several weeks, from late April through early June, depending on the species. They provide nectar at a critical time when spring blooms are dwindling and summer blooms have yet to get started. Later in the season, the seed heads are enjoyed by songbirds.

Hummingbirds love sipping nectar from these flowers, so be sure to plant one near a window where you can watch the action.

Penstemons vary considerably from one species to the next, ranging in size from 10 inches to over 5 feet tall. Flower and foliage come in different shapes, sizes, and colors. Flowers range from warm red, orange, and yellow hues to cool blues and purples. Many of the penstemon species native to the plains, like prairie penstemon (Penstemon cobaea, Zones 5–8) produce white, pink, or purple blooms. They also tend to produce wider leaves, as compared to species native to western habitats. Most penstemons naturally produce leaves in shades of green.

Newer hybrids have been selected for even richer foliage colors:

In addition to the natural diversity found among penstemons, extensive breeding has produced numerous varieties and hybrids available commercially. The Lady Bird Johnson Wildflower Center has a searchable database to help identify the species native to an area.

Give penstemons full sun and good drainage for best results

While different penstemon species require different growing conditions, there are some commonalities across species. For one thing, they love sun. Grow penstemons in full sun for optimal flowering.

Penstemons also require good drainage. Plants do not tolerate wet soil, particularly in winter. The native origin of penstemons can help guide you in their soil needs, though most are adapted to alkaline soils. Those native to the prairie tolerate moister soils, while those found on rocky or alpine sites need excellent drainage.

Like many of our native plants, penstemons do not want to be pampered. Give them a lean, unamended soil and avoid overwatering. When given too much TLC, plants will grow floppy and put out too much tender foliage. Plants tolerate heat and drought. And as a bonus, they resist deer and rabbit browsing.

Penstemons look great in sunny mixed borders and should be added to every pollinator garden. They are also great for water-wise landscapes and rock gardens, and they even work well in containers.

—Kim Toscano is a horticulturalist based in Stillwater, Oklahoma. She previously hosted Oklahoma Gardening, a weekly PBS television program produced by the Oklahoma Cooperative Extension Service. 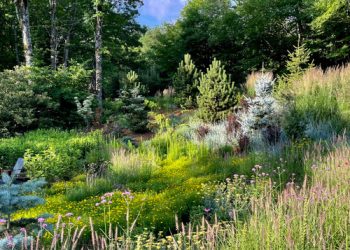 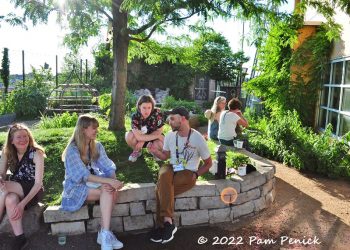 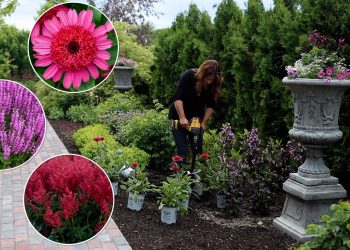 It’s a beautiful day for... 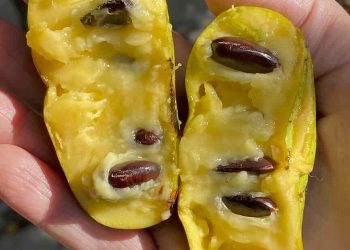 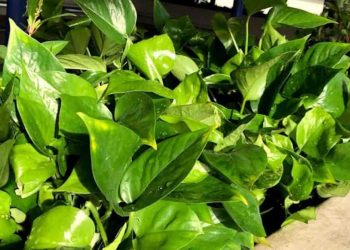 Why Is My Pothos Drooping? 9 Ways To Revive Them

Pothos is a vigorously growing...