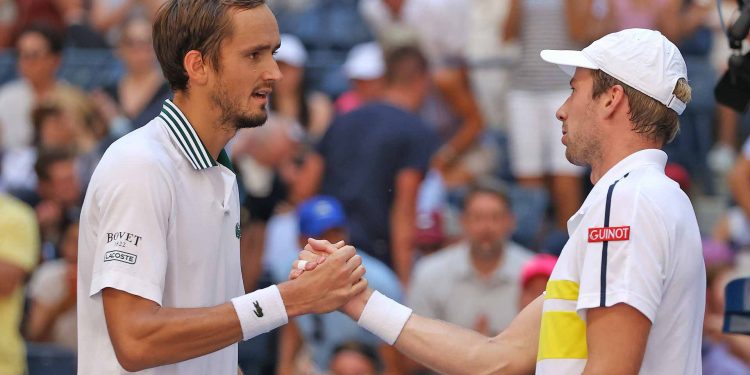 
After putting on a show against “entertainer” Nick Kyrgios, Daniil Medvedev is ready for his encore in Melbourne. The World No. 2 cemented his status as the Australian Open favourite with his 7-6(1), 6-4, 4-6, 6-2 win over the dangerous Aussie, who fed and fed off the partisan crowd in equal measures.

“These kind of matches… it’s like a big challenge where if you make it, you feel like, ‘OK, if I can continue playing like this, I can go far,’” Medvedev said, noting the high-level match could have gone either way.

The Russian was happy to play his part in what he called a “big show”, but was even happier to exit the stage with a victory to set up a fourth-round matchup against Botic van de Zandschulp on Saturday.

The pair met for the first time at the US Open, where Medvedev ended the Dutchman’s breakout run in four quarter-final sets. But van de Zandschulp, who qualified for the New York main event, was the only man to take a set off the eventual champion on the fortnight as he put a scare into the Russian, 6-3, 6-0, 4-6, 7-5.

On track to prove that prediction right, the 26-year-old backed up his US Open run with a semi-final in St. Petersburg and a quarter-final at a Melbourne warm-up event, reaching a career-high ATP Ranking of No. 56 earlier this month. He’ll move even higher following the AO fortnight after picking up his first career wins at the Happy Slam—an accomplishment that gives him at least one victory at each of the majors.

The winner of that third-round match will be the favourite by both ranking and experience in the fourth round against American Maxime Cressy or Aussie wild card Christopher O’Connell. Both surprise packages will be competing in a Slam third round for the first time, and both knocked off seeds along the way, with Cressy outserving countryman John Isner in the opening round and O’Connell knocking off Diego Schwartzman in the second round. 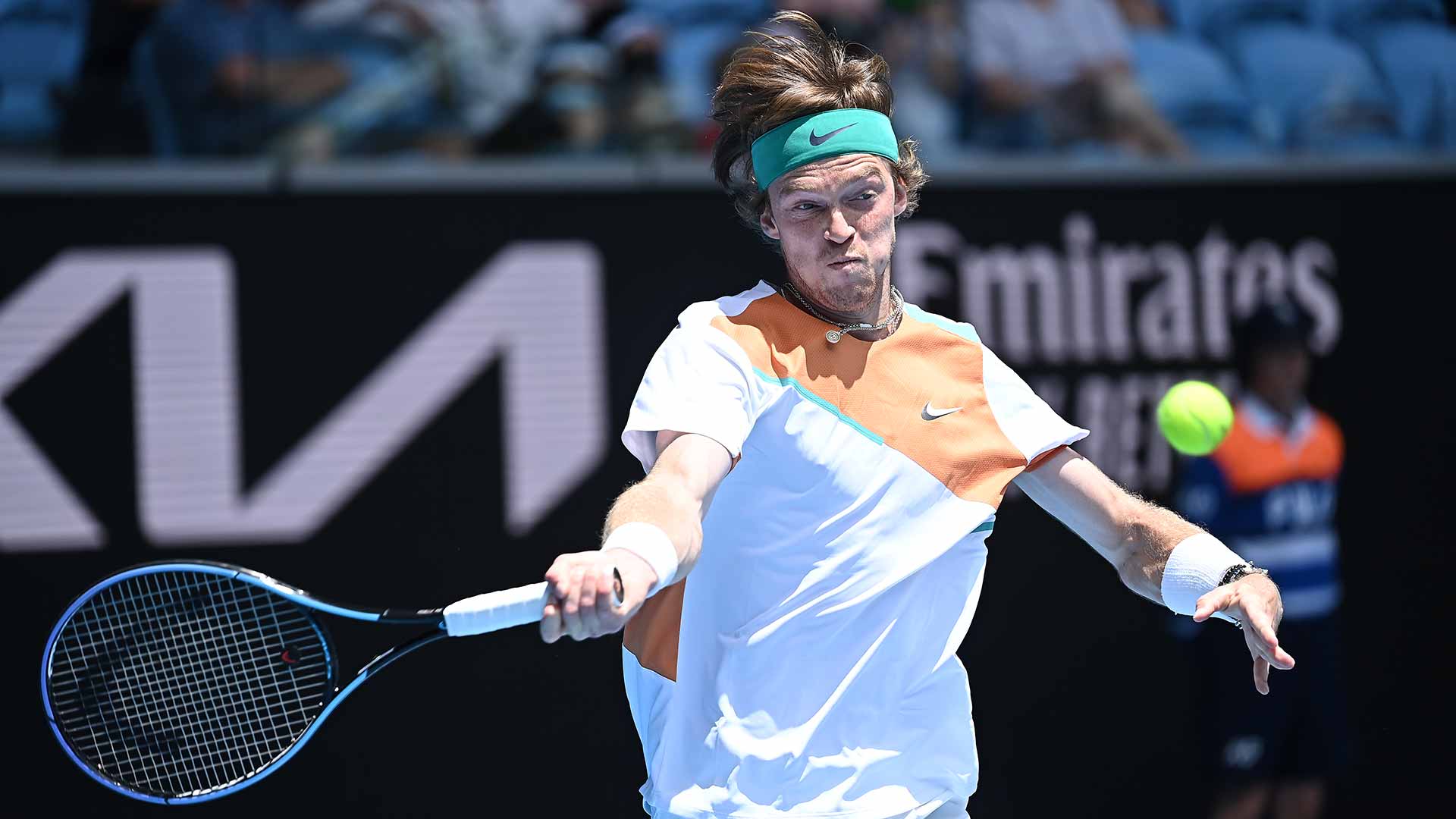 Andrey Rublev” />
Photo Credit: Peter Staples/ATP Tour
Fifth seed Andrey Rublev is also lurking in that bottom quarter, having made near-flawless progress into the last 32. Seeking his first major semi-final, the Russian will take on 2018 Aussie Open finalist Marin Cilic, the 27th seed. We could see the tournament’s first Top 10 matchup in the fourth round should both Rublev and ninth seed Felix Auger-Aliassime advance on Saturday. The Canadian will face 24th seed Daniel Evans of Great Britain.

Stefanos Tsitsipas coped with his first signs of trouble to edge Sebastian Baez in the third round, 7-6(1), 6-7(5), 6-3, 6-4. He took some time to read the #NextGenATP Argentine’s game, but closed well after some tense early moments. Despite dropping his first set of the tournament, the Greek is pleased with his return from an elbow injury that forced his mid-event withdrawal at the Nitto ATP Finals.

“I feel like I’m getting physically better in every single one of my matches,” he assessed. “My elbow hasn’t been bothering me since Sydney [at the ATP Cup]. I see a very good progression since then, and I’m happy to play that way.”

There will be no need for a feeling-out period in his fifth meeting with Benoit Paire on Saturday. Tsitsipas holds a 3-1 ATP Head2Head record against the Frenchman, who upset 26th seed Grigor Dimitrov in the second round. Paire scored the first win in 2017 (Metz) before Tsitsipas won three straight, including two in 2021 (Acapulco, Madrid).

The winner there will face either Roberto Bautista Agut or Taylor Fritz in the fourth round. The 15th seed, RBA entered this fortnight after posting a 4-1 record at the ATP Cup, losing only to Auger-Aliassime as Spain finished runners-up. Fritz posted a 2-1 ATP Cup record in both singles and doubles (with Isner) for Team USA and has not dropped a set in Melbourne. Playing a Slam as the American No. 1 for the first time, Fritz beat coountryman Frances Tiafoe, 6-4, 6-3, 7-6(5) on Thursday, then collapsed to the court with a calf cramp after match point.

He appeared to walk it off after Tiafoe showed good sportsmanship to help him up, but the 24-year-old will need to be at full strength to beat Bautista Agut. The Spaniard holds a 5-1 ATP Head2Head record over Fritz, with all five wins coming in straight sets.

Pablo Andujar makes it four Spanish men still alive in Melbourne, in addition to Bautista Agut, Rafael Nadal and Pablo Carreno Busta, who are both through to the fourth round in the top half. Looking to reach a Slam fourth round for the second time (2019 US Open), Andujar faces 32nd seed Alex de Minaur on Saturday. The 22-year-old Aussie has been knocked out in the third round in each of his past two AO appearances.

Rounding out the Day 6 men’s singles action is a matchup between Jannik Sinner and Japanese qualifier Taro Daniel. The 11th-seeded Italian, who has quietly cruised into the Melbourne third round for the first time, is the youngest man remaining in the draw at age 20, following the five-set loss of 18-year-old Carlos Alcaraz against Matteo Berrettini on Friday. Neither Sinner nor Daniel have dropped a set in Melbourne, with the Japanese a perfect 12-for-12, including qualifying.

After the eight matches on the Saturday slate, we’ll be down to the last 16 Down Under.