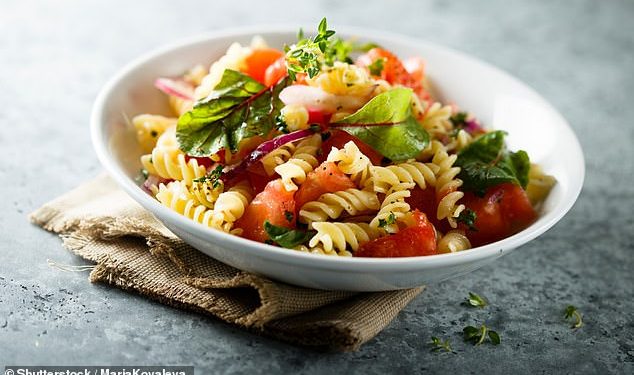 
Prices of certain staples at supermarket Asda have shot up in the last six months, a study by Interactive Investor shows as inflation continues to bite households.

Its own brand fusilli pasta is up 56 per cent in half a year, the investment platform says.

Prices of own brand supermarket products were put under the spotlight recently by Jack Monroe, who came to prominence after starting a food blog providing inexpensive family recipes.

She highlighted that a number of value ranges had been disappearing at Asda and it responded by stating that it would stock budget ranges in all of its stores. 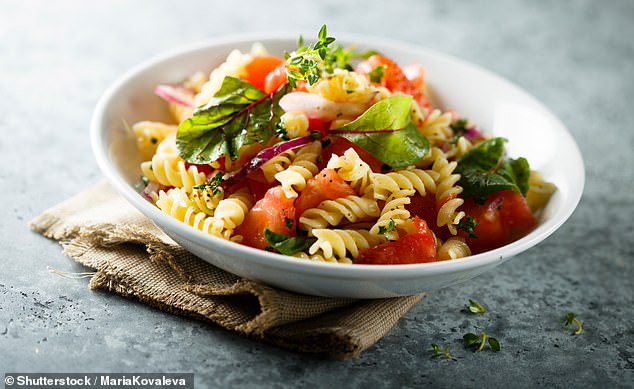 Doritos tortilla chips rounded out the list with a 14 per cent increase.

Lee Wild, head of equity strategy at Interactive Investor, says ‘all of us use something in our weekly shopping basket as a barometer of price’ and for him the family size bag of Doritos is an indicator of things getting more expensive.

‘Whatever your inflation barometer, prices are going up across the board and are set to go higher as producers pass on the surging cost of things like wheat and fuel to the consumer.

‘Pasta has already seen one of the biggest price increases over the past six months (up 56 per cent between September and March), followed by tomato purée (up 33 per cent), putting a serious mark-up on the cost of a classic family staple, such as the homemade spag bol.’

Despite the price hikes at private equity-owned Asda, it went on to retain its title as UK’s cheapest online supermarket for the 11th month in a study conducted by online price tracking website Alertr.

Looking into prices across supermarkets Asda, Morrisons, Tesco, Sainsbury’s, Ocado and Waitrose, Asda was revealed as the least expensive for the consumer weekly shop and was £17.33 cheaper than the most expensive, Waitrose.

It offered the lowest price for 26 products.

The Grocer analysis shows the Big Four supermarkets are £9.88 (19 per cent) more expensive than Aldi on a basket of 33 everyday grocery items, while its most expensive rival Waitrose is £26.91 (52 per cent) pricier. It added that the war in Ukraine had increased uncertainty over inflation ‘significantly’ in recent weeks.

In February, food prices increased 4.3 per cent across the industry – the fastest rise since 2013.

‘We are going to see a lot of companies issue tepid guidance due to inflation, cut their profit and margin forecasts because of the rise in input costs and higher interest rates, and of course a bit of Ukraine-war-uncertainty sandbagging is bound to happen,’ said Neil Wilson, an analyst at Markets.com.

Myron Jobson, a senior personal finance analyst at interactive investor, believes the recent inflation basket drawn up by the Office for National Statistics was out of touch with the reality of many of consumer cost concerns and the Asda study serves as a better reflection.

This was the argument made by Jack Monroe earlier in the year.

Myron explains: ‘Official statistics dramatically underestimate the extent of real-world inflation amid the once in a generation type hike in the cost of living.

‘You only have to wander around any supermarket and look at how much fresh food has gone up in price, to see that official inflation figures don’t reflect reality.’

Lee Wild adds: ‘I’ve only been tracking the changes in my shopping basket for the last six months, and the picture is already a worrying one – it will be interesting to see how much this has moved when I look again in another six months.

‘Not everyone will want to track their electronic receipts in as much depth as I did, but hopefully this serves as a good reminder that we all have our own, relative, inflation number.

‘It is unique to you, and so as the cost of living continues to surge, and we all begin to evaluate our spending habits, you must look at what makes sense for you – not an arbitrary measurement from anyone else.’

Is U.S. buzz over Volkswagen ID Buzz enough to get it made here? VW’s Scott Keogh now says maybe