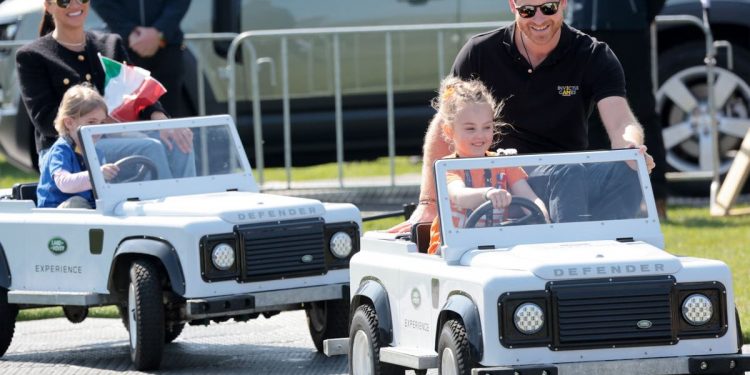 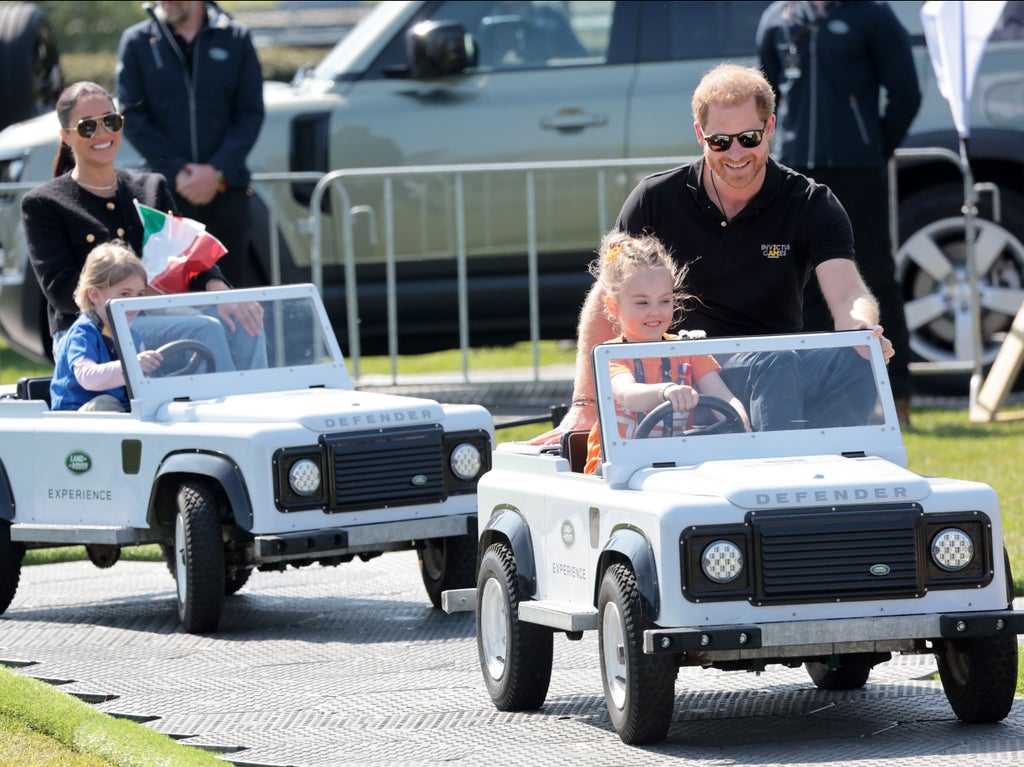 Prince Harry’s competitive side has emerged after he and Meghan Markle were driven around a small track by children in mini Land Rover vehicles.

The Duke and Duchess of Sussex were at a driving challenge held by Jaguar Land Rover at the Invictus Games in The Hague on Saturday afternoon.

The couple, both wearing dark casual clothes and sunglasses, sat in separate mini vehicles and helped the children driving them to navigate the course.

A video taken by a bystander, under the username Tiphane on Twitter, showed Harry riding in the car ahead of Meghan.

As Harry’s car turns round the bend of the track, he spots Meghan behind him and gestures at her as though to tease her for being slow.

The Duchess smiles and laughs at her husband from across the track. Harry’s vehicle then appears to get into a spot of trouble as it drives onto the grass on the side of the course instead of steering around the next corner.

He helps the young driver reverse the car and get it back on track, while glancing behind him to see if Meghan had caught up.

The crowd of onlookers cheer and clap as Harry’s car is righted, and continue to applaud and call the Duchess’ name as she rides by and waves at them.

The Duke’s gentle teasing of his wife has amused fans on social media.

One person wrote: “I get so much joy watching these two. Loving my Twitter feed today!”

Another added that dealing with both Harry and their two-year-old son Archie at home must be handful for Meghan, writing: “I can only imagine the trouble Archie and Harry give her back home.”

Harry and Meghan are in the Netherlands for the Invictus Games, which begin today, Saturday 16 April, and end on Friday 22 April.

It marks the couple’s first trip to Europe together since they moved to California in 2020.

A spokesperson for the Sussexes confirmed that Meghan would join Harry there for the first few days of the sporting event.

The Duke also took part in the driving challenge for adults and navigated a course of bridge structures, ramps and rocks while Meghan cheered him on.

The Sussexes are both expected to give a speech during the opening ceremony of the games this evening.

Their Europe trip included a surprise stop in the UK to visit the Queen on Thursday.

Glioblastoma: Most deadly form of brain cancer that kills more than half of patients within a year

Glioblastoma: Most deadly form of brain cancer that kills more than half of patients within a year