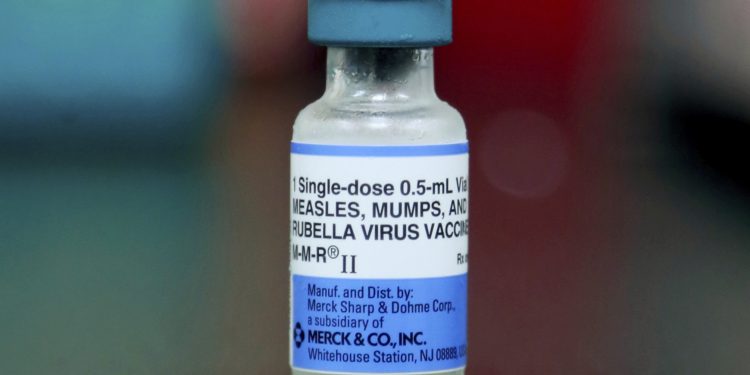 Health officials in Northern Virginia are warning the public about some potential exposures to measles.

Health officials in Northern Virginia are warning the public about some potential exposures to measles.

The case involves an unvaccinated child who was infected during a trip out of the country. The child’s case was confirmed on Tuesday, according to Dr. David Goodfriend, director of the Loudoun County Health Department.

Here are the times and locations of potential exposure sites:

People who have never received a measles-containing vaccine or who have never had a documented case of measles may be at risk of getting measles from this exposure. Anyone who thinks they might have been exposed at the Fairfax location should call 202-851-9616.

Anyone who might have been exposed at the Loudoun County location should call 703-737-8300.

“If you weren’t at those locations at those specific times, you can feel reassured this is not going to impact you,” Goodfriend said.

Measles is highly contagious and can be spread through coughing, sneezing and other contact with droplets from the nose mouth or throat of an infected person. Symptoms usually appear in two stages. The first begins with a cough, runny nose, red eyes and a fever of at least 101 degrees. The second stage begins days later, with a facial rash that spreads over the body.

Goodfriend said it is easy for people who are not vaccinated to catch the virus, because just standing in a hallway in the doctor’s office with someone with it is enough to contract the illness.

Anyone who shows symptoms is asked to stay away from others and call their doctor or health department. They should also call ahead before going to an emergency room or their doctor’s office, and tell them that they were exposed to measles.

More information on measles is available on the Virginia Department of Health’s website.

Health officials said the infected child is in stable condition and improving.

Goodfriend said in the D.C. region, measles cases are rare due to high vaccination rates.

“That’s really why we don’t see measles outbreaks, because fortunately, the large majority of people in our community are fully vaccinated, or were born early enough so that they likely had the infection when they were kids,” Goodfriend said.

But he said illnesses such as measles that still are around in other parts of the world are only a plane flight away from Northern Virginia as people start traveling more again.

“Easily, we’ll see more of that again, whether it’s measles, tuberculosis, or other infections that are common in the world coming back into our community,” Goodfriend said.

Get breaking news and daily headlines delivered to your email inbox by signing up here.

© 2022 WTOP. All Rights Reserved. This website is not intended for users located within the European Economic Area.

Havent had COVID yet? It could be more than just luck – The Conversation Indonesia

Havent had COVID yet? It could be more than just luck - The Conversation Indonesia