Save on AirPods, Ring Doorbells, Echo 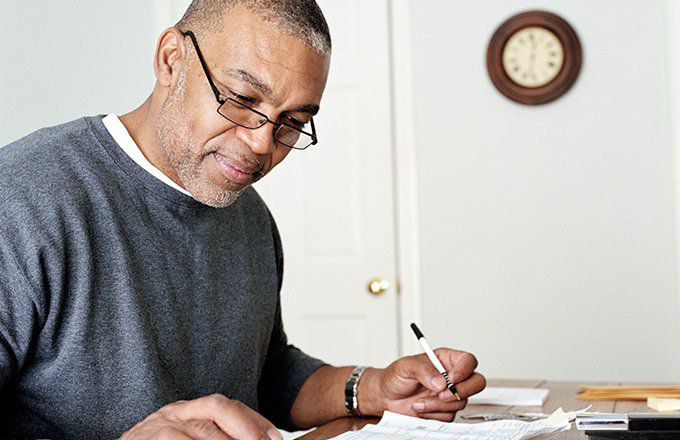 The S&P 500 index has long been the best-known proxy for the U.S. stock market, and several mutual funds and exchange traded funds (ETFs) that passively track the index have become popular investment vehicles. These funds do not seek to outperform the index through active trading, stock picking, or market timing, but instead rely on the inherent diversification of the broad index to generate returns.

Indeed, over long-term horizons, the index typically produces better returns than actively managed portfolios, especially after taking into account taxes and fees. So, what if you had just held the S&P 500, using an index fund or some other means of holding the stocks in it?

People often use the S&P 500 as a yardstick for investing success. Active traders or stock-picking investors are often judged against this benchmark in hindsight to evaluate their savvy.

Soon after Donald Trump entered the race for the Republican nomination for president, the press zeroed in on his net worth, which he claimed to be $10 billion. Financial experts have pegged his net worth at a more modest $4 billion.

One of the cornerstones of Trump’s campaign had been his success as a business person and his ability to create such wealth. However, financial experts have pointed out that if Trump had liquidated his real estate holdings, estimated to be worth $500 million, back in 1987, and invested them in the S&P 500 Index, his net worth could be as much as $13 billion.

It is just one more example of how the S&P 500 Index continues to be held up as the standard by which all investment performances are measured. Investment managers are paid a lot of money to generate returns for their portfolios that beat the S&P 500, yet, on average, less than half do so. This is the reason why an increasing number of investors are turning to index funds and ETFs that simply try to match the performance of this index.

One of the biggest reasons why it is impossible to predict stock market returns over a long period of time is because of the existence of black swans. Black swans are catastrophic, unexpected events that can alter the course of the markets in an instant and whose impact may be felt for years to come. Such events are called black swans because they appear so rarely, but they appear often enough that they have to be accounted for when looking into the future. The terrorist attacks on Sept. 11, 2001, were a black swan event that impacted the economy and the markets for years. Other examples of black swan events are the global financial crisis of 2008-09 and the Covid-19 pandemic that erupted worldwide in March 2020.

You also have to consider the market cycles that can occur within a 20-year span. For example, in the 20-year span from 2001 to 2020, the S&P 500 had three distinct bull markets and three bear markets. On a calendar-year basis, over this 20-year period, the S&P 500 had five years when it had a negative return, one year when it barely budged (2011), and 14 years when it had a positive return.

A bull market is generally characterized by a market rise of at least 20% from its previous low.

A bear market is defined by a market decline of at least 20% from its prior high.

The most recent 20-year span, from 2001 to 2020, not only included three bull markets and three bear markets, but it also experienced a number of major black swans with the “tech wreck” and terrorist attacks in 2001, the financial crisis in 2008 and the Covid-19 pandemic of 2020. Despite these unprecedented events, the S&P 500 still managed to generate a total annual return of 7.46% with reinvested dividends. The total return over this period was 322.3%, which means that a $10,000 investment made at the beginning of 2001 would have grown to $42,230 by the end of 2020.

Taking a different 20-year span that also included three bull markets but only one bear market, the outcome is quite different. In the period from 1987 to 2006, the market suffered a steep crash in October 1987, followed by another severe crash in 2001-02, but it still managed to return an average of 11.3% with dividends reinvested, which is an 8.5% inflation-adjusted return. Adjusting for inflation, $10,000 invested in January 1987 would have grown to $51,000. Likewise, the market roared back following the 2008 financial crisis to the longest bull run on record.

You could repeat that exercise over and over to try to find a hypothetical scenario you expect to play out over the next 20 years, or you could simply apply the broader assumption of an average annual return since the stock market’s inception, which is 6.86% on an inflation-adjusted basis. With that, you could expect your $10,000 investment to grow to $34,000 in 20 years.

Why is the S&P 500 a good long-term investment?

The S&P 500 is the most widely-followed proxy for the U.S. stock market, which is home to the most dynamic companies in the world, and that have been engines of wealth creation for decades. Based on FactSet data, the average annual return for the S&P 500 in the 50-year period from 1970 to 2020 has been 10.83%.

What is an inexpensive way to invest in the S&P 500?

Is investing in the S&P 500 less risky than buying a single stock?

Yes, because buying the index is very well-diversified by sector, which means it includes stocks in all the major areas such as technology, healthcare, financials, consumer discretionary, and so on. Unless there is a major bear market, declines in some sectors may be offset by gains in other sectors. In comparison, buying a single stock exposes you to all the risks that are unique to that company, known as unsystematic risk or specific risk. In the worst-case scenario, the value of your investment in a single stock can plunge to zero (in the event of its bankruptcy), but this is very unlikely to happen in the case of an S&P 500 index ETF.

Although you cannot predict the performance of the S&P 500 Index for the next 20 years, at least you know you are in very good company. In his 2014 annual letter to shareholders, Warren Buffett included an excerpt from his will that ordered his children’s inheritance to be placed in an S&P 500 index fund because the “long-term results from this policy will be superior to those attained by most investors—whether pension funds, institutions, or individuals who employ high-fee managers.”

Save on AirPods, Ring Doorbells, Echo

When you buy through...

PlanB admits Bitcoin price will not hit $98K this November

That Black Friday ‘bargain’ could be marketing sucker bait