Putin Failing in Ukraine Because of Misplaced Self-Belief: WaPo Report 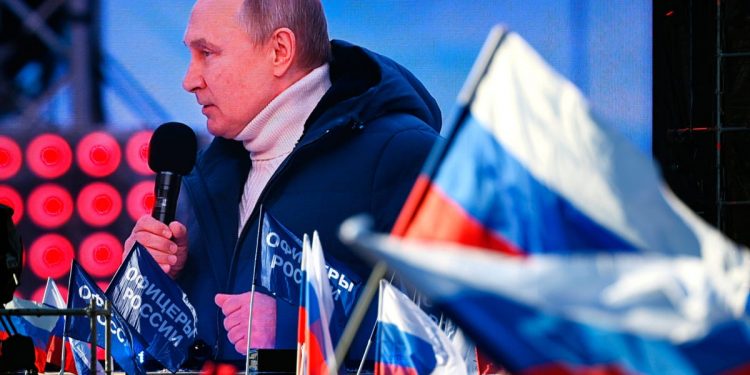 
Western officials believe that President Vladimir Putin’s overestimation of his power is among the reasons for Russian failings in the war in Ukraine, reported The Washington Post.

Speaking on condition of anonymity to the outlet, officials said that Putin made a series of poor decisions in the first weeks of the invasion.

They appeared to be based on faulty assumptions about Ukraine, and the ease with which it would be defeated, as well as an overestimated of how effective Russian troops would be.

“He has an unwavering belief in his ability to control events,” a senior NATO intelligence official said.

Another unnamed official, from a European country, told the Post that Putin seemed to have expected to seize Kyiv with a few days. Other officials, and Ukraine’s president Volodymyr Zelenskyy, have made similar claims.

This assumption of rapid victory, the official told The Post, led to military blunders. One example was the attack on Hostomel airfield near Kyiv by airborne troops.

Instead of being the first move in a lightning offensive, the troops meant to take and secure were beaten by Ukrainians.

“Just looking at how this played out, it feels there was an enormous amount of arrogance,” the official said of that operation.

“You look at the insertion of the airborne forces at Hostomel airport, which was clearly designed to do a decapitation [mission] in Kyiv — and they got smashed.”

After initially being repelled, Russia poured more troops into the Kyiv region with the apparent aim of encircling the capital. However, its forces were decimated by Ukrainian attacks, and faulty supply plans meant many advanced units suffered shortages of food and ammunition.

Last week, Russia pulled its forces out of the Kyiv region as part of a refocusing of its mission in east Ukraine, where the conflict is expected to intensify in coming days.

The assessments by analysts backs up earlier claims from Western analysts and officials, who said that Putin became increasingly isolated during the COVID pandemic, and that close advisors were reluctant to give him any unwelcome information.

Other officials told The Post that Putin blundered by relying on information from pro-Russian politicians in Ukraine, who used to be in power but were ousted in 2014.