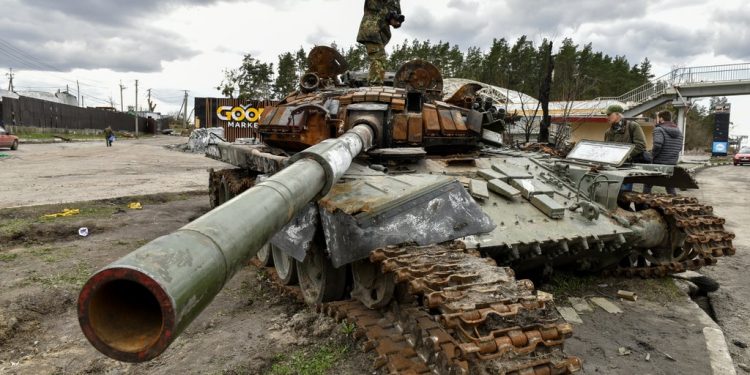 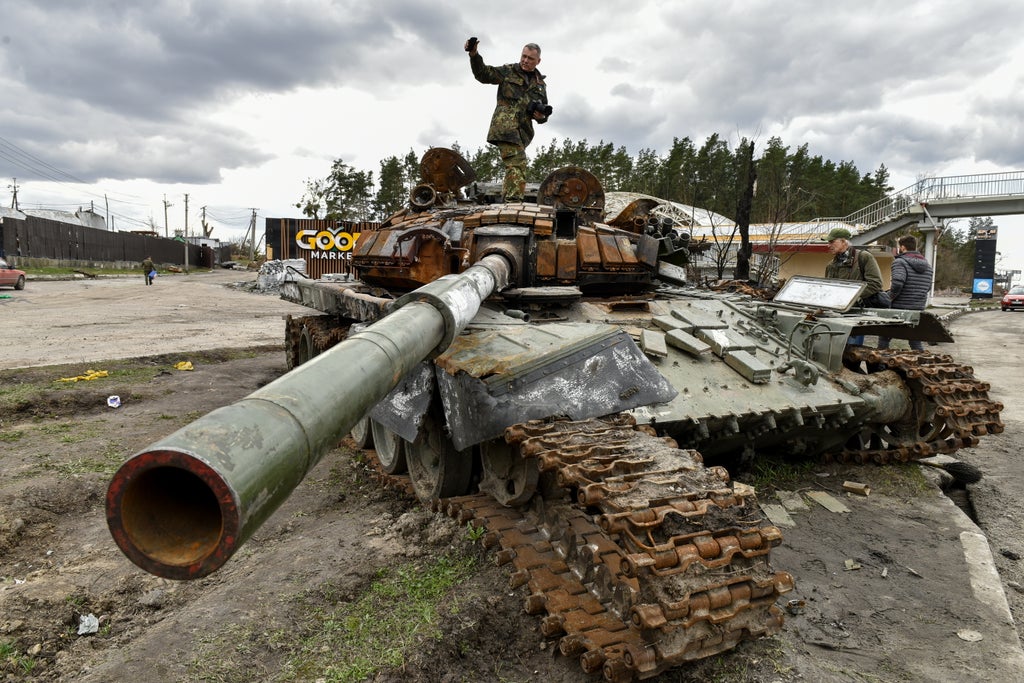 Vladimir Putin is planning to double or even treble his military forces in the Donbas region of eastern Ukraine for a renewed assault, Western officials believe.

But the “massive” losses suffered by Russian forces in their failed attempt to take capital Kyiv, and their apparent inability to adapt tactically to the stiff Ukrainian resistance mean it may be a month or more before Moscow can claim any sort of progress in the area, where pro-Russia separatists have been fighting since 2014.

The Russian president wants to be able to declare a victory of some sort by the time of the 9 May parade in Red Square to mark the anniversary of Nazi surrender in the Second World War.

But Western officials said it was “questionable” whether he will be in a position to do so. It was “difficult to see” how he could attain even his reduced set of objectives without a radical improvement in the operational effectiveness of Russian forces.

Some 38 battalion tactical groups of the Russian army deployed to Ukraine – each made up of around 600-900 personnel – are now believed to be out of action after taking significant losses in men and materiel, up from 29 last week.

This leaves Putin with around 90 BTGs which could potentially be deployed in the Donbas, but many of these are currently being moved from positions in the north of the country and will require “quite some time” before they are able to take part in fighting, said one official.

Units transferred from the failed assault on Kyiv have shown themselves to be poorly-led and tactically ineffective, and their morale can be expected to be low if they are sent straight back into the fray.

The annual round of conscription has recently delivered an additional 130,000 young Russian men into the armed forces, but these will need considerable training before being deployed, and Putin has instead been turning to veterans and reservists to bolster his army’s depleted ranks.

One Western official said the Russians were currently “looking to double or perhaps even treble the amount of force that they bring into that Donbas area”.

But it would take “some considerable time” to reach that number, and even the there was “a question over how effectively they can bring those forces into the battle”.

It would be “simplistic” to assume that Putin could double or treble his strength in the region by increasing numbers of personnel by that proportion, said the official.

“Actually, it’s about how you can bring the force to bear at the point of decision, which is which is really important. And the Russians have shown themselves to be not very effective in this invasion as to being able to use their numerical advantage effectively, to actually bring about a decisive engagement.”

Western officials said the pullback from Kyiv was “symptomatic of a poorly-led, ill-disciplined and frustrated set of Russian forces who have sustained extremely high casualties and are becoming increasingly difficult to lead and ineffective”. Russian troops also appeared to be becoming “desensitised” in the course of the conflict, and more willing to commit “revolting and barbaric” atrocities against civilians, as well as to deploy white phosphorus weapons.

It was “absolutely critical” that the Ukrainian government receives economic and military assistance from the free world during the window of opportunity created as Putin reconfigures his forces.

Units pulled out of the Kyiv region will need to be re-equiped and some will have to be merged with other groups or take in fresh personnel to maintain fighting strength, something which will pose a “challenge” to Moscow.

Having gone into Ukraine with the expectation of swift and overwhelming victory, the Russian forces had shown themselves unable to adjust to the fierce resistance they encountered. And they are now committing the same tactical errors in eastern Ukraine as they did in their drive towards the capital, advancing in single-line formations which are vulnerable to attack and difficult to manoeuvre.

”Regardless of the reinforcing of their forces into the Donbas, it is still unclear how they’re going to overcome some of the morale issues that they will have with their troops,” said one Western official.

“We’ve seen numbers of troops being unwilling to fight and refusing to engage in operations. We know they’ve got problems with the command and control which they are trying to sort out by generating some unity of command.

“When they do start the scale of operations we anticipate in the Donbas they’ll also have large logistic lines open up which will be vulnerable potentially to attack by Ukrainian forces.”

Western officials said it was “difficult to understand” and “incredible to watch” how the Russian troops have failed to adapt their tactics in the face of successful resistance from Ukrainian forces.

Russian units coming under fire while in columns of vehicles appeared “unable to respond to the nature of that attack”, they said. There was video footage of them firing “wildly”, apparently incapable of locating the point from which they are coming under attack by relatively small groups of Ukrainians.

“This is a force which really did not train in the way that we might have thought for this operation,” said one official.

“Even if we go back to annual training exercises, they are far more limited in their scope and scale. And you’ve got forces here which are not used to operating perhaps in this way, and they always believed that they will operate under the blanket of air superiority. And of course they haven’t got that for this operation.”