Putins Propagandists Explain New Meaning of Nazism, and Its Got Nothing to Do With Jews – The Daily Beast 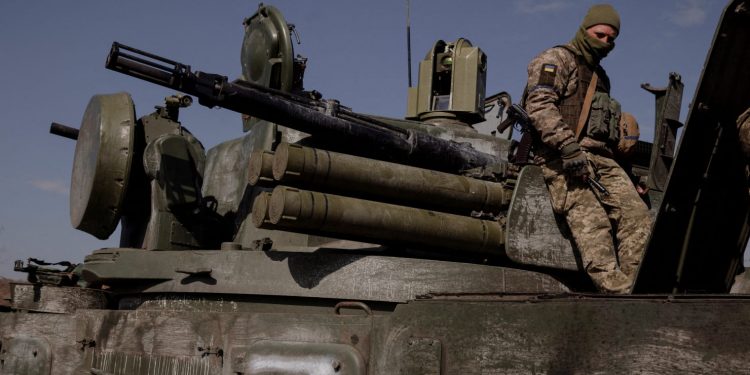 The Kremlin’s favorite propaganda mouthpieces want you to disregard the Holocaust and forget all about the 6 million Jews who died in Nazi concentration camps. They are re-writing history to claim Nazism has nothing to do with Jewish people.

In fact, according to state TV, modern-day Nazis are not necessarily antisemitic at all, but anti-Russian, which apparently means Russians are the new Jews or something. And that the sham “denazification”—which Vladimir Putin wants us to believe he is carrying out in Ukraine—is all about sparing Ukraine from the scourge of neo-Nazis.

Putin himself was forced to apologize to Israel this week after his foreign minister, Sergey Lavrov—who had been asked about Ukraine’s Jewish president, Volodymyr Zelensky, in an interview—claimed Adolf Hitler also “had Jewish blood.”

But the propagandists on state TV, which has become a cauldron of foaming rage and historic victimhood during two months of war in Ukraine, are not letting up. On Thursday, on Vladimir Solovyov’s nightly show on Rossiya-1, a guest explained the new definition of Nazism.

“Nazism doesn’t necessarily mean antisemitism, as the Americans keep concocting. It can be anti-Slavic, anti-Russian,” said Solovyov, a sanctioned Kremlin propagandist who has had two villas seized on Italy’s Lake Como.

“Of course,” replied political scientist Elena Ponomareva. “Today we are seeing substantive steps to revive a global Nazi project. And why is this a global Nazi project? Because Ukraine is the place where this revival starts, but not without the support of Great Britain, the United States, the European Union etc…”

Twisting the definition just a bit further, Ponomareva described a process of “antisemitism not just against Russians but against anything connected with Russia”—with Ukraine the spawning ground for a new army of “Orcs” including those members of the Azov Regiment fighting to the end at Mariupol’s Azovstal steel plant.

The debate on the meaning of Nazism is more than just a sideshow for Kremlin ideologists. Since sending in his army in tanks and trucks into Ukraine bearing a Swastika-style “Z” insignia, Putin’s assertion of political control inside Russia itself has come straight out of the fascist textbook. Those who are not with us must be against us, is the refrain—and since we are fighting Nazis our enemies must also be considered Nazis.

Kamil Galeev, a Russian historian and fellow at the Woodrow Wilson Center think tank whose Twitter threads have become a must-read during the conflict, said that for Putin’s propagandists the term Nazi “is first and foremost a racial or cultural traitor who could be Russian but refused to”—what is sometimes called a “vyrus’” or Russian-hating Russian.