Putin’s ‘Puppet’ in Ukraine Is an Anti-U.S. Troll Loving All the Drama 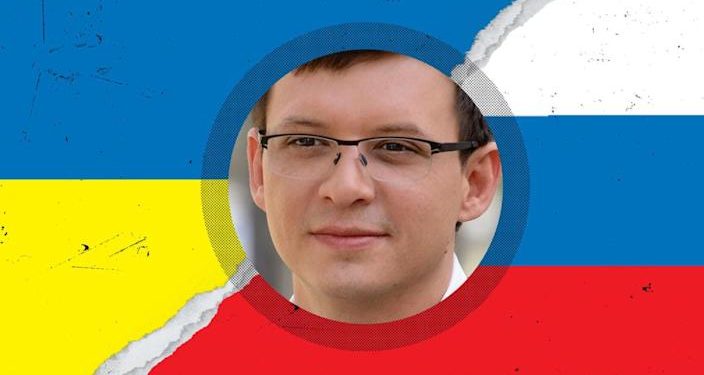 
KYIV—Yevheniy Murayev seems almost thankful that British intelligence outed him as Vladimir Putin’s suspected choice to head a puppet government in case of a Russian invasion of Ukraine.

In an interview with The Daily Beast, the wealthy 45-year-old politician, who now finds himself at the center of a global media firestorm surrounding the report, said he is “amused” by the “name recognition” he has acquired over the past few weeks.

The same day British authorities accused him of being a Russian agent last month, Murayev posted a picture of himself holding a gun against a James Bond “Skyfall 007” backdrop. “The James Bond post was meant to troll the stupidity articulated by the British Ministry of Foreign Affairs,” Murayev, who, like the Kremlin, denies being part of any Russian plot, told The Daily Beast on Wednesday.

Still, Murayev is less than coy about his historically pro-Russia views. As the founder of a notorious pro-Russia TV channel—on which he is a regular guest—his loyalty to the Kremlin has been on public display for years.

Adding to that, the politician is also open about his plans to run in Ukraine’s 2024 presidential elections. As a buildup of Russian troops surrounds Ukraine’s borders, and millions fear what seems to be inevitable war, Murayev says he is carefully—and ambitiously—plotting his path to the very top of Ukraine’s government.

“When I become the country’s leader, it will take me one year and a half to make changes, I already have the plan, the formula,” Murayev told The Daily Beast. “[Ukrainian president] Zelensky is finished, if he has any political instinct of self-preservation, he should call for early elections.”

In Moscow, many applaud Murayev’s calls for Ukraine to quit dreaming about joining the European Union or NATO. The Kremlin’s political technologist, Sergei Markov, is convinced that many in Russian President Vladimir Putin’s closest circle appreciate Murayev for his cynicism.

“He is ideal because he has millions of dollars—the Kremlin likes that he can be self-sufficient for a few years, he is not a beggar and he has no clear ideology—that’s what they like in the Kremlin, unfortunately they like men like Murayev, who have no deep ideology,” Markov told The Daily Beast on Wednesday. “Murayev has jumped from party to party three times, so he is seen as somebody corruptible and cynical.”

Four years into the war with Russia-backed rebels in Donbas, Murayev founded a pro-Russian party and named it after Putin’s notoriously anti-liberal youth movement, Nashi, which translates to “Ours.” He then launched his own television channel with the same name, which features an array of political talk shows and has recently been sanctioned by Ukraine’s National Security Council.

Why “Ours”? Because he believes that every other political party in Ukraine is dependent on “foreign powers,” Murayev told The Daily Beast. “Liberalism is a curse word in Ukraine,” he adds.

The politician holds less than favorable views of Washington, telling The Daily Beast he thinks that “Ukraine has become a country dependent on decisions made in the U.K. and the U.S.” and that he wants to “prevent the country from becoming a Western colony.”

“The U.S. is a colonial state with colonial mentality, they became great powers only because they robbed other peoples and lived as parasites,” Murayev asserted on a Nash TV talk show this week. “If you think they have changed, you are mistaken. They treat Ukraine as a new colony. Only global Europe can resist them. Here in Ukraine, we are going to fix everything broken and become the next business and political platform for discussions in Europe’s unity.”

Murayev has long-resorted to mocking, trolling, and humiliating his political opponents and others who disagree with his views. Last week, dozens of Ukrainians protested outside of Nash television channel with banners that read: “Nash is not ours, it is theirs,” and, “Nash is the Kremlin’s weapon in the center of the capital.” The politician then posted a video of the protest with a voice-over mimicking a psychologist saying the protesters are showing “syndromes” of “psychopathy.”

“Washington has not expressed any concerns when President Zelensky banned three pro-Russian television channels or when a mob attacked my channel last week,” he told The Daily Beast. “They have double standards and our people can see that.”

Murayev was born in the Ukrainian city of Kharkiv, less than 40 miles away from the Russian border. His father was a director of a local factory and was rumored to be very close to former Prime Minister Mykola Azarov, with whom Murayev fled Ukraine for Russia toward the end of the pro-European revolution. He does not explain why, of all people, he got the call from the prime minister. “We knew each other, so he called me on the phone, when he was in Kharkiv in late February 2014,” he told The Daily Beast. “It was a difficult situation… so we drove to Russia across Ukraine’s state border.”

Murayev speaks Russian even on television shows where all other participants speak Ukrainian. A segment on Nash TV recently showcased his spacious wooden villa, complete with high ceilings and a traditional Russian stove, which he shares with his wife and their four children. In the interview, he complained that Ukrainians “are no longer” the masters of their country, thanks in part to America, before prepping some slabs of meat to barbecue.

Daria Kaleniuk, a Kyiv-based anti-corruption activist, is adamant that Murayev is dangerous for Ukraine. “I am not sure what our security service is thinking [for not detaining Murayev], when somebody like Murayev is walking around, going on television, calling for the dismissal of the president at a time when we are facing a war,” she told The Daily Beast.

Others, like prominent Ukraine 24 TV presenter Yevgeny Kiselev, think that although Murayev is indeed an “utterly toxic politician,” he stands no real chance in a free, fair election. “If the Russian SVR or FSB or Security Council have actually talked with Murayev,” Kiselev told The Daily Beast, “then they hardly understand much about real Ukrainian politics.”

Don’t Drink Milk? Here’s How to Still Get Enough Calcium