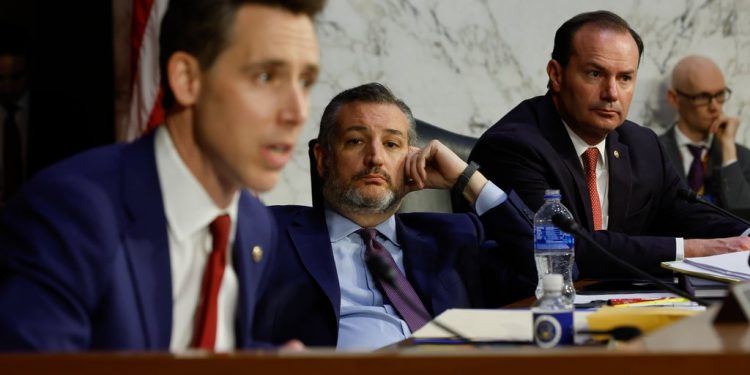 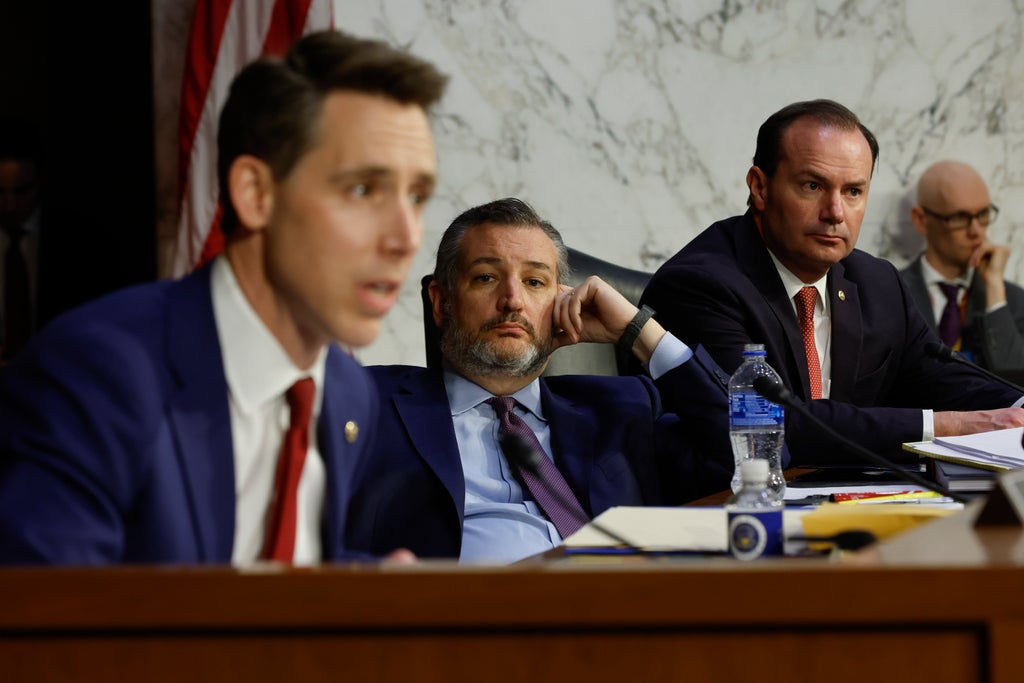 Mr Hawley’s comments on child sex abuse offenders came on the first full day of questioning by the Senate Judiciary Committee for Ms Jackson’s confirmation hearing. If confirmed, Ms Jackson would be the first Black woman to serve on the US Supreme Court. Mr Hawley had previously indicated that he would ask Ms Jackson about her record on child sex offenders.

Mr Hawley specifically asked Ms Jackson about a series of cases she worked on when she was at the US Sentencing Commission. The Missouri freshman specifically cited the case of Wesley Hawkins, a then-18-year-old man convicted of possessing multiple child sex abuse images. The Republican senator described the contents of a series of videos.

“This is a tough case,” he said. “This is one of those tough cases you were referencing. You talked about this morning. You said these cases are terrible.”

Mr Hawley noted how the guidelines recommended that someone with those charges would typically receive about 97 to 121 months, whereas she gave the defendant three months. He specifically cited her statements where she seemed to give a rationalisation for a lenient sentence.

“I just want to ask you about that because I just have to tell (you) I’m having a hard time wrapping my head around it,” he said. Ms Jackson said that she had seen some of the content in her role as a judge.

“It is heinous. It is egregious,” she said. “What a judge has to do is determine how to sentence defendants proportionately consistent with the elements that the statutes include with the requirements that Congress has set forward. Unwarranted disparities is something that the Sentencing Commission has been focused on for a long time in regard to child pornography offences are horrible.”

She laid out how the guidelines that Mr Hawley referenced are being departed from despite the government’s recommendation.

“That the guidelines in this area are not doing the work of differentiating defendants as the government itself indicated in this very case,” she said. “And so that’s what I was talking about, but I want to assure you, senator, that I take these cases very seriously. That these cases include the notion by many defendants that the folks at issue, the defendants themselves are collecting these images on the internet. They’re terrible things that have happened but they’re not involved, say the defendants.” She said that part of her sentencing was about redirecting the defendant’s attention.

“It’s about understanding the harm of this behavior. It’s about all of the other kind of restraints that sex offenders are ordered rightly to live under at the end of the day.”

Mr Hawley noted that she used her discretion to give a three-month sentence and specifically chided her for calling children in the images his peers, noting how he has young children.

“I live in fear that they will be exposed to, let alone exploited in this kind of material,” he said. Ms Jackson responded that unlike other cases of child sex abuse offenders that she worked on, this defendant had just graduated from high school.

“Some of the materials he was looking at were older teenagers, were older victims,” she said. She noted how judges make decisions on a case-by-case basis. “That is what Congress requires.”

“And so there is discretion,” she continued. “And when you look at the sentencing statutes, Congress has not only given the judges not only the discretion to make the decision but require judges to do so on an individualized basis, taking into account not only the guidelines but also various factors including the age of the defendant, the circumstances of the defendant, the terrible nature of the crime, the harm to the victims.”

In response, Mr Hawley said he was questioning her discretion and judgment.

In response, Senator Mazie Hirono, a Democrat from Hawaii, noted how many of former president Donald Trump’s nominees who were district court judges had also issued sentences below federal guidelines.

She noted how every Republican on the committee voted to confirm Judge Ralph Erickson to the Eighth Circuit Court of Appeals, who sentenced defendants in 11 child sex image cases to penalties below federal guidelines, as ABC News reported.

“Does that surprise you?” Ms Hirono asked.

“It does not, senator,” Ms Jackson said. In response, Ms Hirono asked if she had any reason to believe he was “soft” on child sex abuse images.

“I don’t have any reason to believe that,” she said.

“Do you think my Republican colleagues are soft on child pornography just because they voted on Judge Erickson to become a federal appellate judge even after he issued these 11 sentences,” the senator asked.

In response, Judge Jackson said she was not in a position to make a judgment but said she had no reason to believe that.

She also noted how Judge Joseph Bianco, who serves on the United States Court of Appeals for the Second Circuit, was confirmed by every Republican on the committee including Mr Hawley.

“Judge Bianco sentenced a defendant to 16 months in prison when his guidelines range was 151 to 188 months,” she said.

Most People in the US Don’t Trust the Federal Government