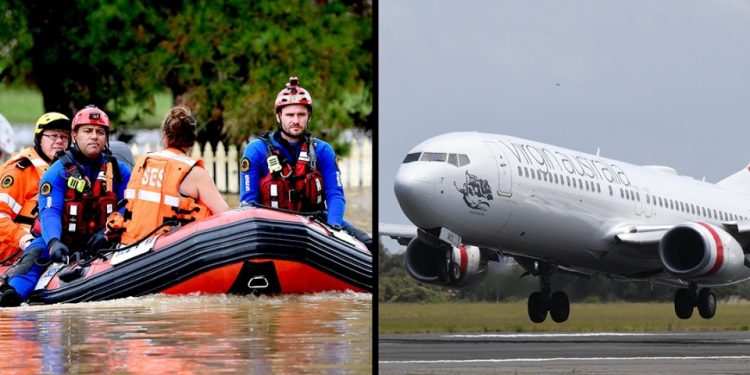 The airlines made the announcements on Tuesday in response to a tweet from Mich-Elle Myers, the national vice president of the Labor Party, who noticed many volunteers were having to pay for expensive airport food.

“Effective immediately, all SES volunteers who are travelling on a Virgin Australia flight to help communities impacted by the floods are welcome at Virgin Australia lounges at our airports nationally,” a Virgin spokesperson said.

“We ask that volunteers make themselves known to our lounge staff upon entry.”

Virgin has airport lounges in most state capitals, as well as on the Gold Coast.

Hey @Qantas @VirginAustralia can you please give SES lounge access? They are all sitting in the main airport area having to pay for food etc. Comp entry might be a nice gesture! #qldfloods #nswfloods https://t.co/PCm4f9xuWf

An hour and a half later, Qantas responded with a similar announcement.

“We would love to provide lounge access across Australia to all the amazing SES volunteers flying with us to support the flood relief efforts,” the airline said.

Qantas has 29 domestic lounges around Australia.

Neither airline was able to clarify when the offer would expire.

The airline set aside $1 million worth of seats and cargo space for this purpose, and community groups can apply online for access.

“Rex’s tagline is ‘Our Heart is in the Country’ and we have always responded when natural disasters hit regional or rural communities on our network just as we did for flood-ravaged Port Macquarie 12 months ago, and during bushfires and droughts in years past,” the airline’s deputy chairman John Sharp said.

In addition to major cities, the regional airline has services to flood-affected areas such as Lismore and Grafton.