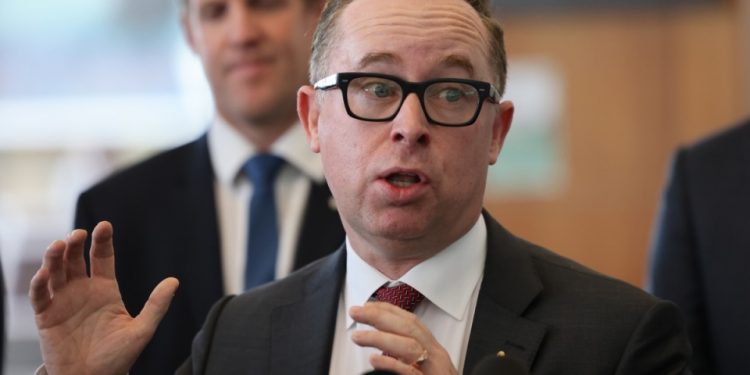 Passengers have waited hours in massive queues at Sydney airport, with some even missing flights after lengthy delays.

With the first school term ending on Friday, many NSW residents opted for an early cut as thousands took off early to spend the Easter break interstate or overseas.

But many spent the first part of their anticipated break stuck in queues variously described as “insane” and “chaotic” late on Thursday and early Friday.

In an astonishing response to the chaos, Qantas CEO Alan Joyce put the blame on “not match fit” travellers.

“That is taking longer to get through the queue.”

He added that COVID close-contact rules had led to a “high level” of staff absenteeism.

“Some days we come in and we have nearly 50 per cent absenteeism,” he said.

Sydney Airport chief executive Geoff Culbert blamed the delays on a range of factors, including “inexperienced” travellers and staff shortages.

“We’re facing a perfect storm at the moment,” he told the Sydney Morning Herald.

“Traffic numbers are picking up, travellers are inexperienced after two years of not travelling, and the close contact rules are making it hard to fill shifts and staff the airport.”

ABC broadcaster Norman Swan blasted Sydney Airport, saying it was was “totally unprepared” for the influx of travellers.

“SydneyAirport should be ashamed,” he tweeted.

One traveller tweeted that the huge lines had caused her to miss her flight to Melbourne.

“Fingers crossed to find another way down,” she wrote.

Others reported spending up to 90 minutes waiting to even get into the airport. One traveller tweeted that his flight to Melbourne took 17 minutes less than the time he spent lined up.

“Flights are delayed because they can’t get humans through fast enough!”

Sydney Airport had previously advised those planning to travel during the school holidays to arrive two hours prior to their domestic flights.

“What we’re actually seeing is this Easter is going to be bigger than pre-COVID,” the airport’s aviation boss, Lorie Argus, told 3AW.

“We’re all feeling the pinch of staff shortages.”