Qantas passengers furious after waiting on hold for hours 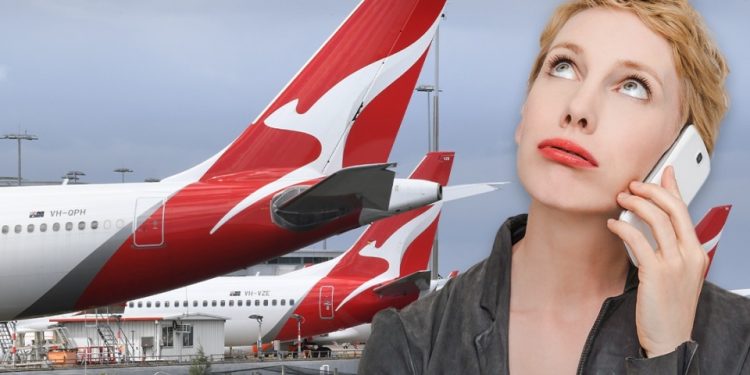 One petition calling for the airline to hire more call centre staff in Australia has amassed more than 20,000 signatures – many of them in recent days.

Although the petition was created in August, it only had about 2000 signatures until its numbers exploded over the Easter long weekend.

Ms Miller said she surveyed dozens of people and claims that the average wait time on hold with Qantas is as much as five-and-a-half hours.

Qantas did not respond to a request for clarification, but when The New Daily attempted to ring customer service at midday, the airline advised a wait time of one to two hours.

“Qantas is by far the worst. No question,” he told TND.

He gave up trying to reach the airline after waiting on hold for two hours.

Jetstar and Virgin Australia connected him to a real person almost immediately, while Rex also picked up the phone after a 17-minute wait.

Behind the scenes, Qantas call centre staff have told of being inundated by abusive phone calls.

Mr Graham said many of these jobs have been outsourced, and that’s part of the problem.

“Once you do get through, if you are lucky enough to be connected to somebody in Hobart or Auckland, the service is usually very good,” he said.

“But most people are being transferred to one of the outsourced call centres in Cape Town or Suva which are operated by a company called Mindpearl.

“The Mindpearl staff are not nearly as well trained, don’t have access to the same reservations systems as actual Qantas staff, often give incorrect information and don’t seem to have any authority to take ownership of customers’ problems. These staff often place customers on hold for long periods, with the call then disconnecting.”

In March, Qantas released a statement saying the number of daily calls had jumped from 7500 to 14,000.

“The recent call wait times that our customers have been experiencing are not acceptable,” a spokesperson said.

“We sincerely apologise to customers who have had to spend so long to speak to someone and we thank them for their patience.

“No airline’s contact centres were designed to be able to manage the record number of calls and complexity of queries for COVID-era travel, particularly when international travel is involved.”

The airline instead pointed passengers to resolve their issues via the website or online app, if possible.

“Many of the things Alan Joyce thinks can theoretically be done online actually can’t, because the website is has so many bugs and flaws,” Mr Graham said.

In her petition, Ms Miller also complained that “the website doesn’t even work for half the functions customers actually need”.

Qantas, meanwhile, may have already heeded the message.

Users of the Australian Frequent Flyer forum have been keeping track of hold times since 2019.

Some users have noticed a dramatic improvement in recent days.

“Called at 9.30 this morning,” one user wrote on Tuesday.

“No queue, was answered instantly.”

Another replied: “Called at 1pm yesterday – straight through.”