Qantas to stick with Darwin for London flights 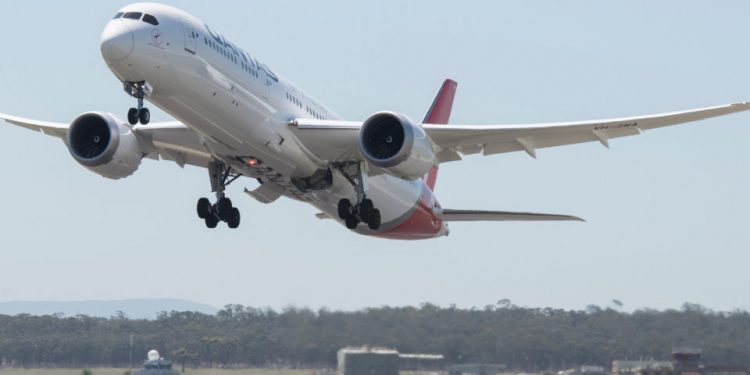 Qantas will continue to use Darwin as the departure point for its direct flights to London amid ongoing uncertainty on when Western Australia will lift its COVID-19 border restrictions.

When international travel resumed in November last year, the airline temporarily re-routed its Perth to London service through the Northern Territory capital.

The Perth service was scheduled to return in April. But, with the WA government yet to confirm a reopening date for the state, Qantas said on Tuesday it would continue to operate out of Darwin until at least June.

The Sydney to London service will also transit through Darwin instead of Singapore.

Qantas chief executive Alan Joyce said the extension to the Darwin service provided the NT with an opportunity to capitalise on pent-up international inbound travel demand.

“This extension through to at least mid-June means the Top End has several months to properly leverage the opening up of Australia’s borders to all tourists,” Mr Joyce said.

“It’s a great opportunity to encourage thousands of visitors to stop off in Darwin to see what the NT has to offer.”

Qantas operates daily flights from Melbourne and Sydney to London (via Darwin) on its 787 Dreamliner.

Qantas also said it would set up a new Embraer E190 jet base at Darwin airport.

At least four E190s will be based in Darwin to service key QantasLink routes across Australia, as well as a new international passenger service from Darwin to Dili.

Qantas said the base, which has the support of the Territory government, would bring 90 jobs to the NT, including pilots, cabin crew and engineers.

“As we prepare to welcome back international visitors, the E190s will make it easier to fly directly between Darwin and other popular tourist destinations, including Alice Springs for central Australia, encouraging travellers to see more of Australia,” Mr Joyce said.