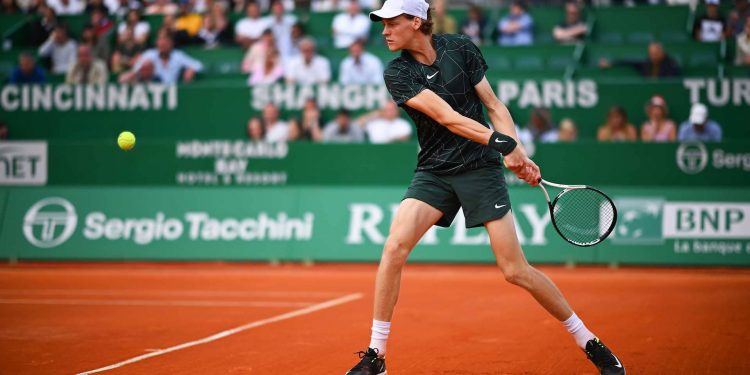 
The Rolex Monte-Carlo Masters has progressed to the quarter-final stage, with four Top 10 seeds and a pair of unseeded players among those still in contention. Friday’s quarter-final lineup is headlined by the third career ATP Head2Head meeting between Alexander Zverev and Monaco fan-favourite Jannik Sinner, while defending champion Stefanos Tsitsipas takes on Diego Schwartzman in another must-see match.

While singles action takes centre stage on Court Rainier III, the doubles quarter-finals will feature on Court Des Princes. with five of the top six seeds still in contention.

After dismissing one top five seed in Andrey Rublev, first-time Monte Carlo quarter-finalist Sinner will look to repeat that feat against Zverev. The Italian has enjoyed tremendous fan support on his run to the last eight, never more so than in his comeback victory over Rublev on Thursday.

“It is for me very, very special playing here,” Sinner said of the electric atmosphere on Court Rainier III. “Obviously many, many Italians [in the] crowd. It’s incredible.”

After trailing by a set and a break and taking a medical timeout for treatment on a foot blister, Sinner turned the match around against Rublev, running out a comfortable winner in the end.

“I know blisters now quite well,” he said post-match, looking ahead to Friday’s quarter-final. The 20-year-old was forced to retire with a similar problem in the Miami Open presented by Itau quarter-finals.

“I don’t think it’s a concern,” he added. “We have to treat it a little bit, obviously, but let’s see… Tomorrow is an important match.”

After facing the heavy-hitting Rublev, he can expect more of the same from Zverev, who powered past Pablo Carreno Busta to reach the quarter-finals.

“To win the biggest tournaments in the world, like Masters series, like Grand Slams, you have to be aggressive,” Zverev said. “I’m not going to win big titles just by pushing the ball.”

While Zverev has won five ATP Masters 1000 titles, he has been beyond the last 16 just once in five previous Monte Carlo appearances, when he reached the 2018 semi-finals

Defending champion Tsitsipas has extended his perfect set record from 2021 this week, notching a pair of straight-sets wins over Fabio Fognini and Laslo Djere to make it 13 consecutive stanzas won in Monte Carlo. Schwartzman reached the quarter-finals behind two comeback three-setters against Karen Khachanov and Lorenzo Musetti, either side of a win over Marton Fucsovics.

The Argentine leads the ATP Head2Head series between the pair 2-1, including a January victory in three sets at the ATP Cup.

Both men are experienced in the late stages of ATP Masters 1000s, with Tsitsipas playing in his 13th quarter-final and Schwartzman in his seventh. It’s a fifth clay-court quarter-final for the Greek at this level and fourth for Schwartzman, who matched his best run in Monte Carlo (2017) by reaching the last eight.

“Both [Schwartzman and Musetti] can compete well on clay,” Tsitsipas said before his quarter-final opponent was confirmed. “They both have a good game for clay courts and all I have to do is be ready and show up with good mentality and do my job with passion and dedication.”

Playing in his fourth quarter-final in the past five ATP Masters 1000 events, Taylor Fritz faces the man who knocked off Novak Djokovic in the second round. After a pair of three-set victories to open his Monte Carlo campaign, the 10th seed got through Sebastian Korda, 7-6(4), 7-5, in an all-American last-16 matchup.

Spain’s Alejandro Davidovich Fokina has dropped just one set on the week, to Djokovic, and scored his most convincing win of the tournament with a 6-4, 6-1 decision over David Goffin on Thursday.

The quarter-final opponents have met just once before on the ATP Tour, with Davidovich Fokina winning in straight sets on the clay of Estoril in 2019. Fritz got the better of the Spaniard in qualifying for the 2018 Mutua Madrid Open.

Hubert Hurkacz, the 2021 Miami champion, will contest in his first clay-court ATP Masters 1000 quarter-final in this matchup. Dimitrov is in his fourth Monte Carlo quarter-final, with his best result in Monaco his 2018 semi-final run.

The pair’s ATP Head2Head history includes just one match, but it was a good one: Dimitrov defeated the Pole in a third-set tie-break in the quarter-finals of the 2021 BNP Paribas Open.

Both men have dropped just one set en route to the quarter-finals. Hurkacz is yet to face a seeded opponent on the week, but defeated 2017 Monte Carlo finalist Albert Ramos-Vinolas on Thursday. Dimitrov has dismissed 15th seed Nikoloz Basilashvili (via second-set retirement) and fourth seed Casper Ruud.

“It is always tough this week because you are switching surfaces,” Dimitrov said of his approach in Monte Carlo. “So I try and not be too tough on myself in practice. I just try to do the simple things. It is going so well so far.”

Salisbury overtook Pavic for the top spot in the ATP Doubles Rankings after the Miami Open presented by Itau, where he reached the quarter-finals with Ram, and the top two seeds remain on course for a showdown in the Monte Carlo final.