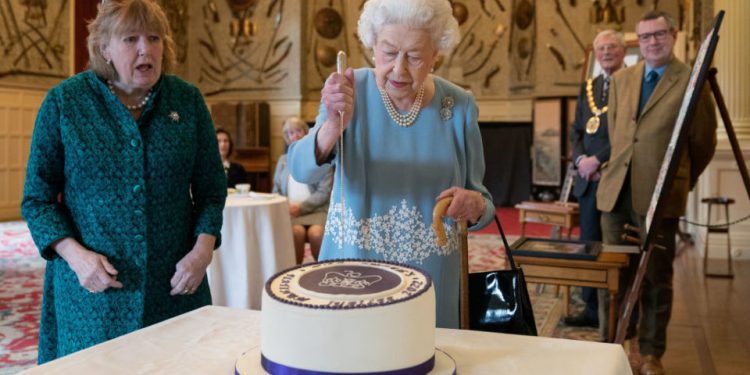 The Queen has given royal stamp of approval on her Platinum Jubilee to endorse the Duchess of Cornwall as the future Queen Camilla, using the opportunity of her historic milestone to chart the monarchy’s long-term future.

In the hugely significant intervention, she expressed her “sincere wish” that Camilla will be known as Queen Consort when the Prince of Wales becomes King.

As she reached her 70th year on the throne, Elizabeth II, in the twilight years of her reign, set out her hopes for her daughter-in-law, once a royal mistress and now certain to be called Queen and crowned at Charles’s side.

Elizabeth II, using the rarest of Jubilees to put her affairs in order on a public platform, also shared her succession support for her eldest son as monarch.

The 95-year-old monarch is the first British monarch in history to celebrate her Platinum Jubilee. She will have reigned for 70 years — or 25,568 days — on Sunday.

She is already Britain’s longest-reigning monarch, and the longest still-serving sovereign in the world.

A life of service

The Queen’s record reign means she has spend 73 per cent of her life so far on the throne.

She overtook her great-great grandmother Queen Victoria as the country’s longest-reigning sovereign in September 2015, passing her ancestor’s 63 years and 216 days.

“Inevitably a long life can pass by many milestones. My own is no exception,” she remarked at the time.

Victoria reached her Diamond Jubilee, but not her Platinum.

The Queen was said to be in ‘sparkling’ form as she cut a cake while meeting members of the Sandringham community, including the former cookery student who helped create the original Coronation Chicken recipe.

She became the world’s longest-reigning living monarch in October 2016 when the previous record-holder King Bhumibol Adulyadej of Thailand died after ruling for 70 years.

But she is not the world’s longest-reigning monarch ever: King Sobhuza II of Swaziland, who died in 1982, holds this title. He was just four months old when he became king and ruled for 82 years and 253 days.

Louis XIV of France, known as the Sun King, is the longest-reigning  monarch of a large European country, ruling for 72 years and 110 days from 1643 to 1715.

In July 2020, the Queen reached 25,000 days on the throne, spending the day privately at Windsor amid the pandemic.

Her lengthy reign and advanced age has brought with it other milestones.

Just five years shy of her century, she is the oldest British monarch ever to occupy the throne, but is not keen on being reminded of this. She is also the world’s oldest living head of state.

The Queen also holds the world record for the most currencies featuring the same individual, and she is the wealthiest queen, with a fortune estimated at around 365 million pounds ($700 million).

Spend £149 on an advanced driving course – and save money