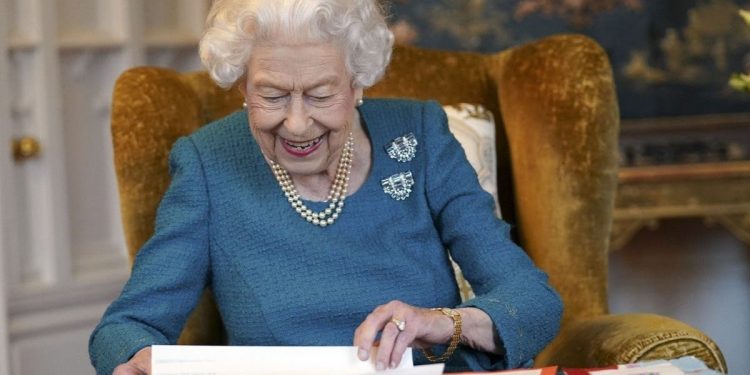 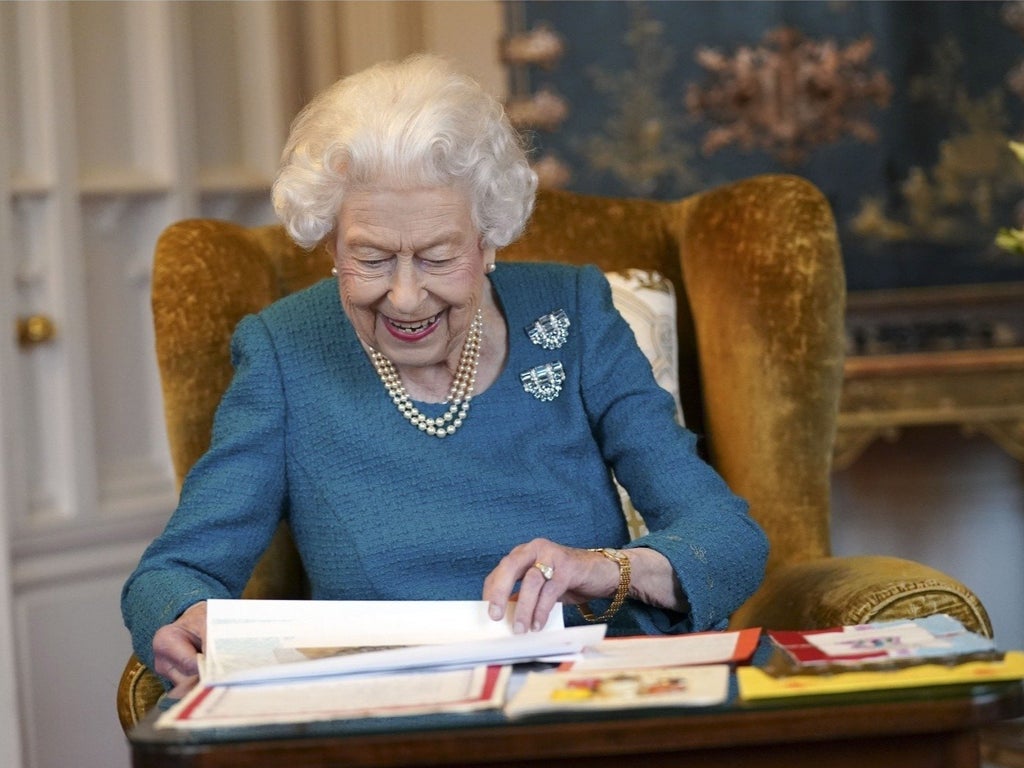 The Queen has paid a subtle tribute to her late father George VI in a series of new photographs as she prepares to celebrate her Platinum Jubilee.

While Her Majesty will celebrate 70 years on the throne on Sunday 6 February – making her the first monarch in British history to reach the milestone – the day will also mark 70 years since her father’s death.

In a post to Twitter on Saturday 5 February, Buckingham Palace shared several photographs of the Queen viewing Jubilee memorabilia, including cards, letters and artwork sent to her by children and other members of the public over the years.

She is seen wearing a teal dress, accessorised with a three-strand pearl necklace and two aquamarine and diamond clip brooches.

The art-deco brooches, worn in a diagonal setting across her right shoulder, were a gift for her 18th birthday from George VI in 1944.

The pieces were made by French jewellery house Boucheron from baguette, oval and round aquamarines and diamonds.

The Queen has previously worn them on other special occasions, such as the 75th anniversary of VE Day in 2020 and during her televised speech on her Diamond Jubilee in 2012.

“This year the Queen will celebrate her Platinum Jubilee, marking years as Monarch,” a tweet alongside one of the photographs said.

“To begin the celebrations, Her Majesty viewed a selection of cards, letters and artwork sent to her by children and other members of the public to mark this, and previous, Jubilees.”

Buckingham Palace shared a handwritten letter the Queen received from a 9-year-old boy in 2002, which features a recipe for the “perfect Queen”.

The ingredients included “a dash of loyalty”, “a handful of royal waves” and “a cup of courage”.

The Queen also viewed a finger-print portrait created by school children in Leicestershire, and a card reading “Ma’am you’re the tops!”, which she received on her Golden Jubilee.

Another picture showed the monarch looking at an autographed fan which belonged to Queen Victoria, her paternal great-great-grandmother.

“The fan was given to The Queen in 1887 to mark her Golden Jubilee by The Prince and Princess of Wales, later King Edward VII and Queen Alexandra, and is signed by friends and relations of Queen Victoria,” Buckingham Palace said in a tweet.