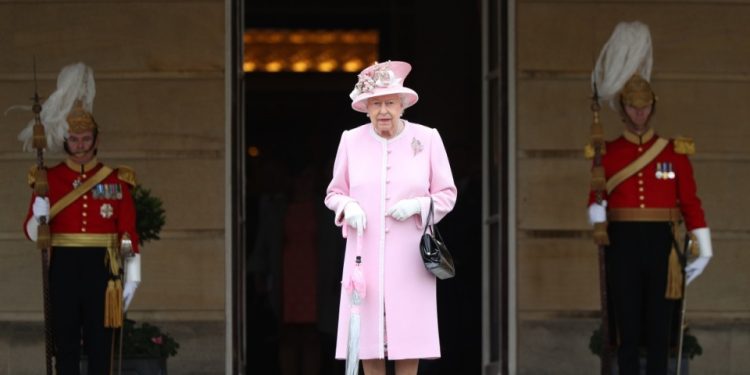 The Queen has sparked more concerns for her health after confirming she will skip more public events in coming weeks.

Buckingham Palace said on Friday that the 96-year-old monarch would not take part in any of this year’s garden parties.

The Queen has recently struggled with mobility issues that have forced her to pull out of some events. She has also admitted feeling “very tired and exhausted” after suffering COVID in February.

The monarch turned 96 on April 21, and is also celebrating her platinum jubilee this year, the 70th anniversary of her accession to the throne. She is the first British king or queen to reach the milestone.

The Queen did appear in good spirits when she welcomed Switzerland’s President Ignazio Cassis and his wife Paola Cassis to Windsor Castle last week – her first in-person engagement since celebrating her birthday privately.

In photos from the meeting, the Queen is beaming, and there is no sign of the walking cane she has taken to using for audiences and public events.

She was last seen in public at a memorial service for her husband, Prince Philip, at Westminster Abbey on March 29.

The palace said the Queen would be represented by other family members at three garden parties in coming weeks.

“Details on attendance will be confirmed in due course,” it said.

This year’s events, which also celebrate the Queen’s platinum jubilee, are at Buckingham Palace on May 11, 18, and 25; and at Holyroodhouse – her official residence in Edinburgh – on June 29.

Her only daughter, Princess Anne, will also hold another party at Buckingham Palace on May 12 for Britain’s Not Forgotten Association, a charity for returned service people.

Garden parties have returned to the royal schedule this year after a two-year absence due to the pandemic. The celebrations have been held at Buckingham Palace since the 1860s as a way for the monarch to recognise public service, and are attended by up to 30,000 people each year.

A palace spokesman did confirm the monarch plans to attend next Tuesday’s state opening of Britain’s Parliament. She is expected to deliver a speech, although her attendance will not be confirmed until the actual day.

There are a host of events across Britain this year to mark the Queen’s platinum jubilee, culminating in a four-day weekend of celebrations from June 2-5. The Queen’s actual attendance at many events in her honour is subject to confirmation on the day.