Queen steps out for her late husband Philip’s memorial service 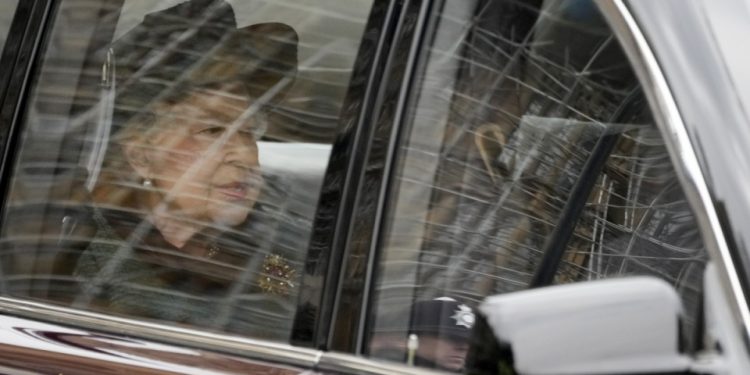 Queen Elizabeth has joined other members of the British royal family and other dignitaries at a memorial service in honour of her husband Prince Philip.

Television footage showed the 95-year-old monarch, using a walking stick, entering Westminster Abbey on Tuesday alongside her second son Prince Andrew in what is her first public appearance in five months.

Joining them in the congregation were foreign kings and queens, friends of the late duke, politicians including Prime Minister Boris Johnson, military figures and more than 500 representatives from charities and other organisations he championed.

The Queen’s health has been in focus since she spent a night in hospital in October for an unspecified ailment and was then instructed by her medical team to rest.

In February she caught COVID-19 and suffered mild cold-like symptoms and has since cancelled some in-person engagements.

Tuesday’s event at Westminster Abbey in London is to give thanks for Philip’s contribution to public life.

Buckingham Palace had remained tight-lipped leading up to the service about whether the 95-year-old monarch would be there.

Due to COVID rules at the time, only 30 mourners were allowed to attend Prince Philip’s funeral at Windsor Castle.

Tuesday’s service is intended to be a larger-scale celebration of the duke’s life, with up to 1800 people there.

The occasion also marked the first public event for Prince Andrew since he made an undisclosed payment to settle a US lawsuit over allegations he sexually assaulted a teenage girl decades ago, claims he denied.

The Queen arrived via a side entrance to the Abbey for her first appearance in public since falling ill, using a walking stick and alongside Andrew.

Prince Harry, who has moved to live in the United States with his wife Meghan, did not attend the service following a disagreement with the government over security protection.

“A man of rare ability and distinction, rightly honoured and celebrated, he ever directed our attention away from himself,” David Hoyle, the Dean of Westminster, said of Philip.

The Queen has reportedly been heavily involved in selecting music and floral arrangements inspired by the couple’s wedding service at the same venue in 1947.

The Queen has described Philip as her “strength and stay”

She was also crowned at the Abbey just six years later.