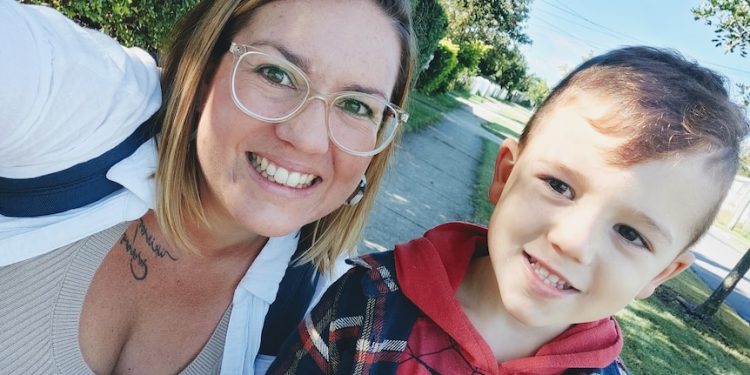 
Thousands of Queensland families are ditching classrooms for homeschooling, with a 54 per cent increase over five years and a recent surge being fuelled by the COVID-19 pandemic.

Looking at it from the period more aligned with the pandemic, the total number of Queensland home education registrations has increased by 46.82 per cent, up from 3411 to 5008, from August 2019 to August 2021.

QUT homeschooling expert Dr Rebecca English said anecdotally, parents are saying they made the switch because of the precarity of the pandemic, disruption to schools, or they realised their child thrived in remote learning.

It comes as Queenslanders wait for a return to school plan to be released this week before face-to-face classes begin on February 7, a two-week delay to avoid schools opening during the peak of the Omicron wave.

More recently, parents have made the switch due to the uncertainty around the plan for schools during the Omicron wave, the not-for-profit supporting homeschoolers, Home Education Association (HEA) president Karen Chegwidden said.

Ms Chegwidden said, generally, it was not just the lateness of Queensland’s plan being announced, but the ongoing uncertainty if there would be individual or widespread school closures.

Both Dr English and Ms Chegwidden expect another significant increase in home education registrations this year.

Laura Brown said when the Queensland government announced a two-week delay to the start of school, she decided she would homeschool her four-year-old son, who was enrolled to start Prep this year.

She was already apprehensive about sending her son to school in case his first year would be a repeat of the disruptions and closures he faced at kindergarten last year.

“I don’t like the idea of constant mask-wearing at school by teachers and parents and all of these people in his life who he will look to on a daily basis to learn how to regulate emotionally regulate, to learn how to communicate,” she said.

“I just think that he is too young to be taking on any of this pandemic stuff, and he shouldn’t be exposed to it or subjected to it.

“So, we just have decided to keep him with us for the year and have some consistency and normality because he can continue with education from a homeschooling standpoint.”

Concerns about transmission, restrictions in schools

Dr English and Ms Chegwidden said families also feared their children would become unwell with COVID-19 or bring it home to vulnerable relatives, or they did not want their child to be vaccinated or be subject to vaccine mandates.

That’s despite the TGA-approved COVID-19 vaccine for children aged 5-11 being deemed safe and effective, and there are no current vaccine mandates for children.

Dr English said another reason might be that families did not like the idea of their child wearing a mask all day because it was uncomfortable or because of other restrictions in schools.

Home education on the rise in long term

There has been a long-term increase in the number of home education with 722 students recorded on the home education register in August 2011, which has increased by almost 600 per cent.

But Dr English said the actual figure would likely be double that because some families did not comply with the requirement to register, they are homeschooling their child with the Queensland government.

Sunshine Coast-based Vicci Oliver, the co-founder of the Wildlings Forest School, said she chose not to send her children to school at all because she saw “all of the wonderful benefits” of homeschooling.

“Our form of education is self-directed, so we follow our children’s interests, and we incorporate learning through all parts of life.

“So we’re always talking about numeracy and literacy in everything that we do, so we don’t do dedicated lessons to just get to an endpoint.

“We’re still required to follow the Australian curriculum, but the way that you do that is completely up to you.”