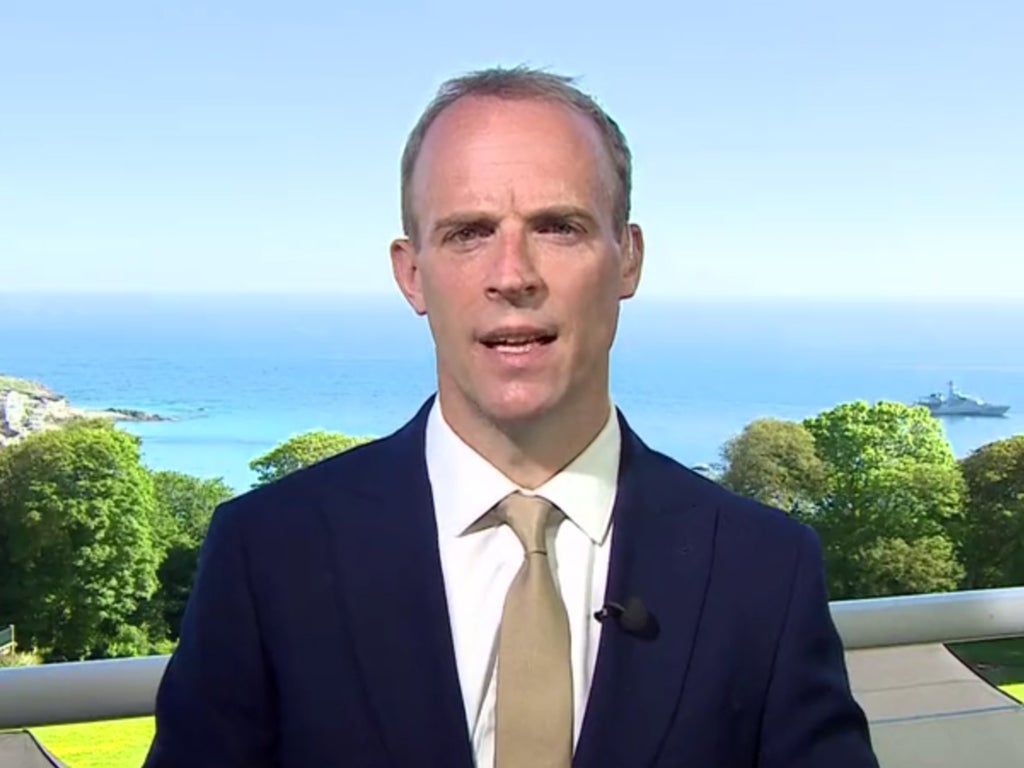 The government is facing growing questions over security after it emerged the private mobile telephone number of the foreign secretary has been available online for more than a decade.

Labour called for an official investigation after Dominic Raab’s number was discovered following a search on Google.

It comes just weeks after it emerged that Boris Johnson’s mobile number was also online and as Tory MPs demand answers about how CCTV footage of the health secretary in his Whitehall office appeared on the front page of a tabloid newspaper last week.

Mr Raab was briefly in charge of the country last year, when he stepped into the role while the prime minister was in hospital with Covid-19.

His phone number appears to have been online since before he was elected an MP in 2010. He was appointed foreign secretary in 2019, but also served as Brexit secretary for a time in Theresa May’s cabinet.

It is understood his phone number, and other personal details have now been removed from the website.

The information is potentially embarrassing for the foreign secretary, who has warned of the cybersecurity threat posed by foreign states.

“The wide availability of Mr Raab’s personal phone number must increase the risk that other states, or even criminal gangs, have been able to eavesdrop on his calls,” he said. “It also means that anyone who happens to have had his phone number … is able to lobby the foreign secretary, bypassing the official channels which everyone else has to use. Anyone taking on a role as sensitive as this should in their own interests pay as much attention to online as to physical security.”

Labour called for an investigation.

Shadow foreign secretary Lisa Nandy said: “This is a staggering lapse in security from a foreign secretary who, only last month, was lecturing Nato allies about the cybersecurity threat posed by authoritarian regimes.

“It is typical of the government’s approach that when it comes to national security and defending democracy they say one thing but do another. This should be the subject of an investigation. Both the prime minister and foreign secretary have failed to protect their own phones. How can we be assured they aren’t as careless with sensitive intelligence and diplomatic cables too?”

Mr Johnson has also faced recent criticism for the amount of government business conducted via WhatsApp. A spokesperson for the Foreign Office said: “Private information was wrongly retained online, before the foreign secretary’s appointment. Once we were made aware, we had it removed immediately. Most of it was out of date, and no security was compromised.”

One in EIGHT US adults are addicted to highly processed food

One in EIGHT US adults are addicted to highly processed food