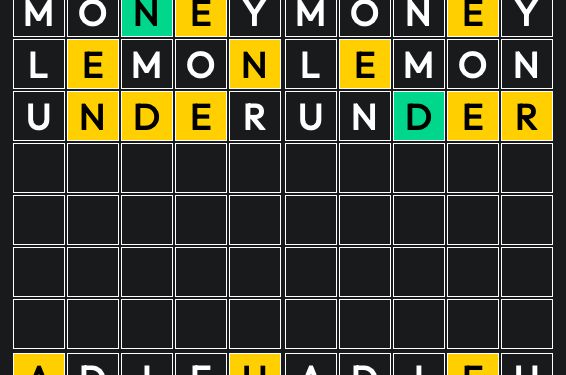 
If you think Wordle is getting a little too easy, there’s a new version that you need to try.

The free online word game continues to attract players around the world, but dare we say it, Wordle is getting a little bit boring.

Sweardle, Lewdle and Nerdle are some of the most popular alternatives on the internet right now, and there’s a new one to add to the mix.

It’s called Quordle, and here’s everything you need to know about it…

Described by some as Wordle on steroids, Quordle is a Wordle clone that takes the simple word game to the extreme.

Quordle follows the same idea, but you have four words to guess in nine attempts.

This makes the game a lot more difficult than Wordle, in which you only have to guess one word in six tries.

In the same way, a new Quordle gets released every day and players around the world are all competing to guess the same word.

However, there is also a ‘free Quordle’ feature that lets you play the game as much as you want.

How to play Quordle

If you’ve been playing Wordle, the rules are almost exactly the same, the Quordle game board is just a lot bigger.

To play, guess a five-letter word and you will see it appear on the screen four times as you are trying to guess for different words.

The tiles will also change colour depending on whether the letter is in the word or not.

If a tile turns grey, that means the letter isn’t in the word at all.

The Quordle board is so big that it doesn’t actually all fit on the screen. So, to play and see all four words, you will need to keep scrolling down.

In other news, Sydney Carter has Twitter on her defence following pink pants backlash

Nearly a third of TV ads play to empty rooms