Raab considers himself a vindaloo politician compared to korma Buckland 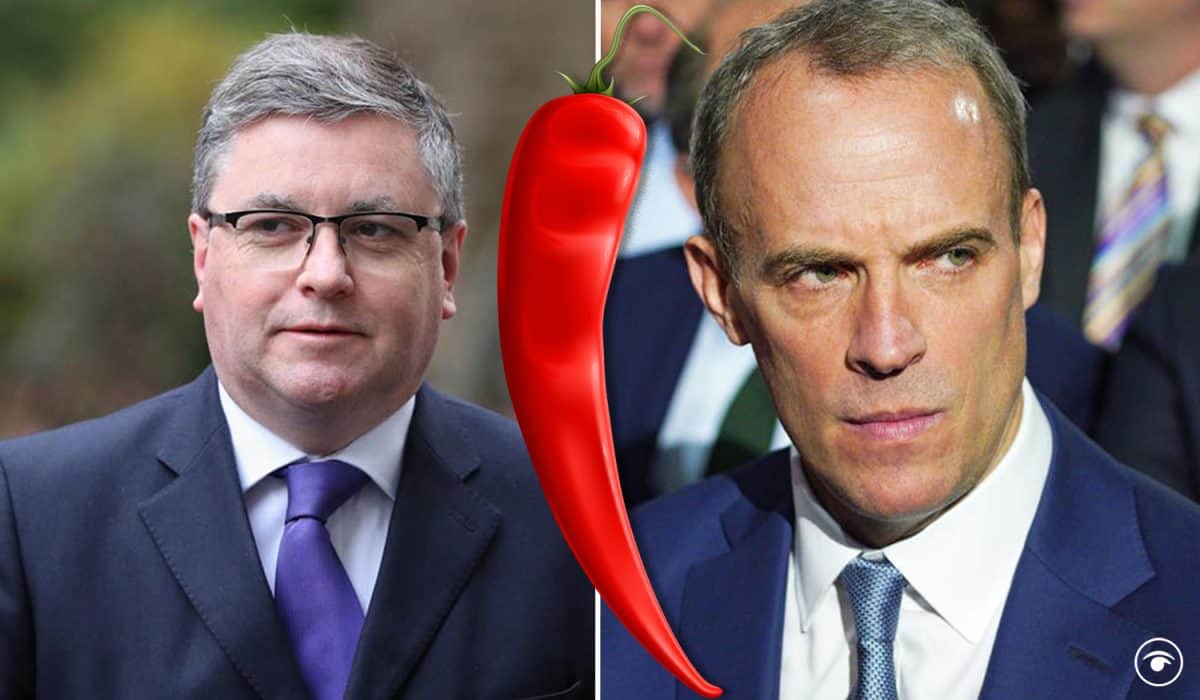 Dominic Raab has taken to using a rather bizarre comparison to set himself apart from his predecessor, Robert Buckland.

According to reports in the Mail on Sunday the justice secretaty regards himself as a spicy ‘Vindaloo’ politician compared to the bland ‘korma’ represented by Buckland.

The parallel was made in the context of the Judicial Review Bill, which aims to clip the wings of the Judiciary over the extent to which they can rule on political decisions, such as Boris Johnson’s suspension of Parliament during Brexit negotiations in 2019.

An insider – claiming that the Bill needed beefing up – said: “Buckland’s Bill was a creamy Korma.

“The Deputy Prime Minister is more of a vindaloo man so he’s going to add some extra spice to it.”

Last night, a clearly irritated senior Government source said: “The only thing the Justice Secretary has in common with a vindaloo is that they’re both a pain in the a***.”