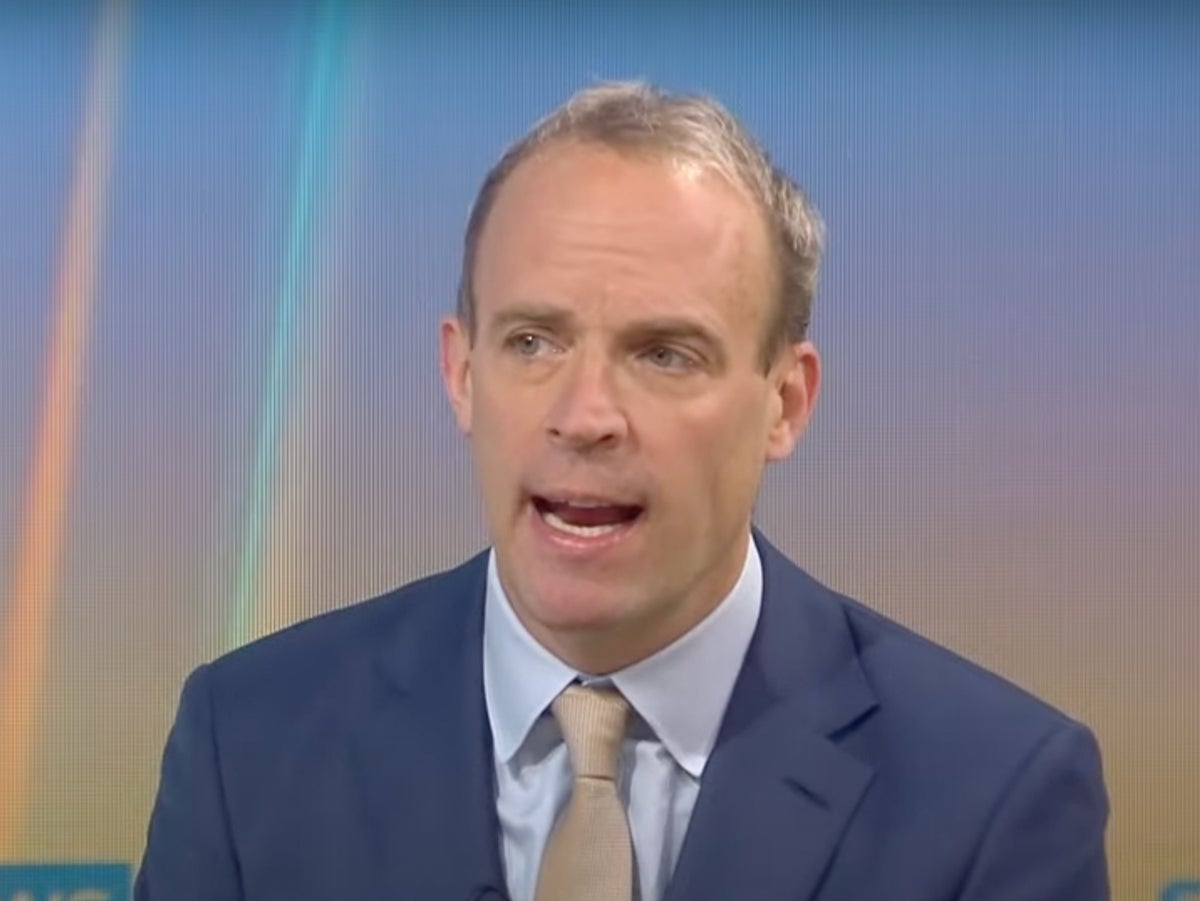 Deputy prime minister Dominic Raab has claimed the “distraction” of the partygate scandal was partly to blame for two devastating by-elections defeats for the Conservatives.

The Tory party chairman Oliver Dowden resigned within hours of the results, with a swipe at what he described as “recent events” and saying that “someone must take responsibility”.

But Mr Raab tried to brush aside the affair which has plunged his party into chaos, describing it as one of a series of “distractions” which lost the party votes.

On a visit to Rwanda, Boris Johnson also pledged he would “keep going” despite the blow to his authority just weeks after nearly 150 of his own MPs voted to oust him from Downing Street.

But former cabinet minister Robert Buckland warned it would be a mistake for the government to continue with “business as usual” in the wake of the defeats, calling for a return to what he described as “mainstream, moderate opinion”.

Mr Raab was drafted in to appear on broadcasters only at the eleventh hour after Mr Dowden’s dramatic resignation.

The former culture secretary had been publicly loyal to Mr Johnson amid the turmoil of recent weeks.

Mr Raab told the Today programme on BBC Radio : “My view is that the by-elections, both of them, were the result of the perfect storm of very difficult local scenarios, given the situations of the previously sitting Conservative MPs, plus the national headwinds (including)… a mid-term government, but also, frankly, the distractions that we’ve had.

“I think the prime minister put it well: we need to listen very carefully, we need to take that feedback.

“I think (with) Tiverton, the most striking thing is how many of our supporters didn’t come out. We need to spend the next two years absolutely relentlessly focused on delivering our plan, without those distractions and with a real calm focus on delivering.”

Business minister Paul Scully insisted the government would reflect on the defeats, saying that Mr Dowden had taken a “personal view”.

Defending the prime minister, he said Mr Johnson’s “brazen approach” would stimulate with the “big ideas” that would help the economy.

The country did not need the “psychodrama” of leadership campaigns while inflation was spiralling, he added.

But veteran backbench Tory MP Sir Roger Gale, who has repeatedly called for Mr Johnson to go, urged other cabinet ministers to follow Mr Dowden out of government.

“It is up to my colleagues in the cabinet to decide whether they can go on supporting a prime minister who, frankly, has trashed the reputation of the Conservative party, my party, for honesty, for decency, for integrity and for compassion,” he said.

Home secretary Priti Patel also predicted Mr Dowden would be the only minister to quit today. Asked on LBC if she thought there would be more resignations, she said: “I don’t.”

Labour had been long predicted to win back Wakefield and took the seat by almost 5,000 votes, overturning a Conservative lead of 3,358 votes.

But the more extraordinary result was in Devon, where the Lib Dems overcame a Tory majority of 24,239 votes to win by more than 6,000 – the largest majority every overturned at a by-election.

Tories to Have ‘Serious Discussions’ About Johnson’s Future