The whole country can breathe a huge sigh of relief that the Labour Party is delivering the last rites to Jeremy Corbyn’s anti-capitalist, Marxist economic agenda, which would have impoverished us all and bankrupted the nation.

In former Bank of England economist Rachel Reeves, the party has acquired a more responsible shadow chancellor who vows to spend taxpayers money wisely and seeks to restore the fortunes of the battered High Street and shopping centres by tackling a wholly inequitable system of business rates.

Reeves is in the fortunate position of pushing on an open door on business rates reform, which is a cause for which this paper has campaigned relentlessly. 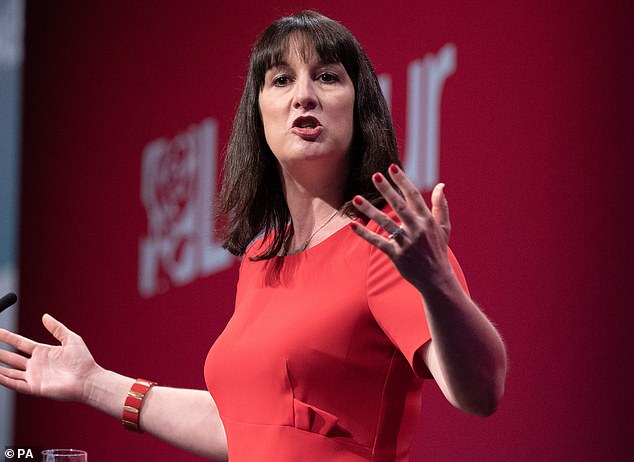 She wants to see the bulk of the £31billion raised through business rates displaced by an online sales tax of 12 per cent in 2023, largely to be paid by the Silicon Valley giants and the other digital enterprises.

Whatever Labour proposes is certain to sound moderate compared with the madcap radical interventions of her predecessors, who would have heaped taxes on middle-income citizens and enterprise until the pips squeaked.

Among Labour’s more eye catching ideas, as the country navigates a gas and fuel crisis, is the Reeves pledge to spend £28billion to create ‘good jobs’ in green industries, from electric vehicles to a thriving hydrogen industry. Many such initiatives are under way and could certainly do with powering up if the goal of a carbon neutral Britain is to be achieved.

However, given the current energy chaos, as the UK heads into the winter, investment in more traditional energy sources to help Britain to provide the security of supply on the country’s journey to a greener future might also be welcome.

Reeves proposes to pay for the green revolution by raising levels of government borrowing for investment. In effect, she wants to nurture a new money tree. Perhaps, she should consult the March budget documents showing borrowing at £234billion in the current financial year and the national debt, post pandemic, at 100 per cent of national output. The overall tone may be different but it doesn’t mean the country is looking at a Labour Party which ordinary hard working Britons can trust with our future prosperity.

In picking on business rates reform as the central plank of policy, all that Reeves has done is single out the soft underbelly on reform. What Labour fails to acknowledge is that in the pandemic, Chancellor Rishi Sunak provided a business rates holiday for hard hit retail, leisure and hospitality firms worth £10billion.

In his March Budget, Sunak provided a further £6billion to support businesses until the end of this year. Moreover, a cursory visit to HM Treasury’s website reveals a 29-page interim report on business rates reform, where the ideas put forward are startlingly similar to Reeves’ much vaunted plan.

Even more worrying, Reeves and her colleagues are still peddling the myth that somehow the wealthy members of society are under-taxed and are able to exploit the system of tax reliefs, used to encourage all citizens to save, to the detriment of ordinary hard working families.

What this fails to recognise is that the wealthiest 1 per cent in Britain already pay 25 per cent of income taxes and the top 50 per cent of earners are responsible for paying 90 per cent of taxes.

The very idea that the wealthy are engaged in some enormous tax scam and that there is a huge pot of money which can be tapped into for public services is poppycock.

What Labour seems to have forgotten when it attacks private landlords is that many are ordinary middle-income citizens.

The tax reliefs which Reeves is targeting for radical reform largely encourage saving through pensions and ISAs and entrepreneurship through start-up companies. Savings create the resources for investment which drive economic growth.

The rhetoric is imaginative and the language of war on the wealthy moderated. But in the end Reeves’ policy solutions are not very different from those of her predecessors. The old stifling mantra of soak the better off, spend and borrow is as alive as ever.