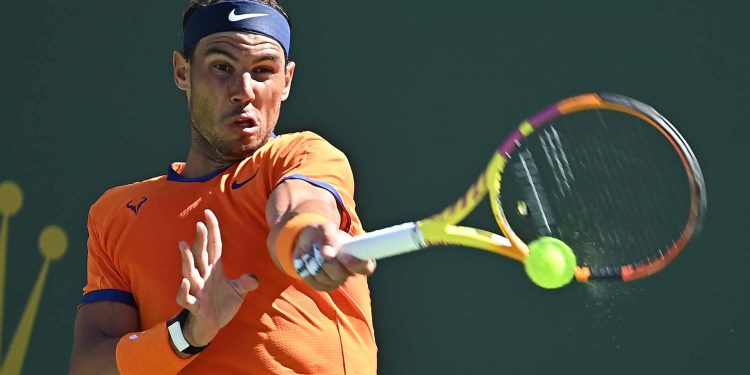 Rafael Nadal announced on Twitter Tuesday that he suffered a stress fracture in one of his ribs.

“Hi everyone, I wanted to let you know that I’m back in Spain and I went straight to see my medical team for tests after the Indian Wells final, which I played in discomfort,” Nadal tweeted in Spanish. “I have a stress fracture in one of my ribs and I will be out for 4 to 6 weeks. It’s not good news and I didn’t expect this. I am devastated and sad because after such a good start to the season I have had.

“Now is a very important time of the year for me and I had a very good feeling and good results. Well, I have always had that spirit of fighting and overcoming and what I will do is be patient and work hard after my recovery. Once again I would like to thank everyone for their support.”

I reached a very important part of the year with very good feelings and good results. But hey, I’ve always had that fighting and overcoming spirit and what I will do is be patient and work hard after my recovery. Once again thank everyone for the support.

Nadal enjoyed a personal-best start to the season, going 20-0 before suffering his first loss, which came in the BNP Paribas Open final on Sunday against Taylor Fritz.

The lefty has won three titles this season, including his record 21st Grand Slam trophy at the Australian Open. On Monday, he moved up to No. 3 in the ATP Rankings.