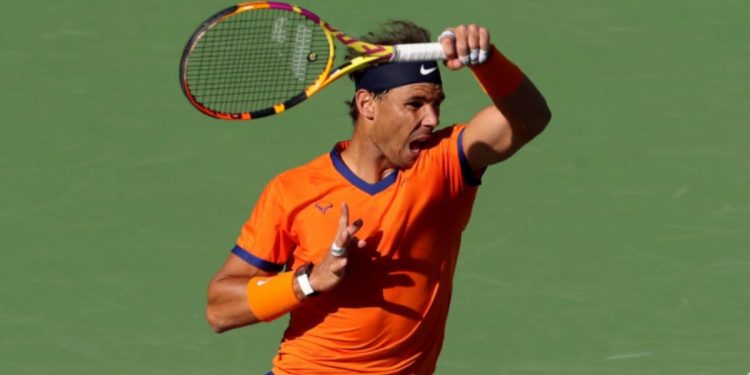 The former World No. 1 tennis player Rafael Nadal will miss the next four to six weeks due to a stress crack in one of his ribs, the Spaniard tweeted on Tuesday.

“As it turns out, I have a stress crack in one of my ribs and will be out for 4-6 weeks,” Nadal said, via Twitter English translation. “This is not good news and I did not expect this. I am sunk and sad because after the start of the season I have had such a good time.”

Nadal began 2022 undefeated with 20-straight match wins, which was his best career start in his two-decade career thus far. However, his win streak came to an end on Sunday when American Taylor Fritz beat Nadal in the BNP Paribas Open.

The 21-time grand slam winner dealt with rib issues during the final against Fritz. He took two medical timeouts and expressed that his left chest was causing him pain.

Nadal noted in his Twitter thread that he received medical attention when he returned to his home country of Spain at the beginning of the week.

Despite the injury, the 35-year-old remains positive about his condition and potential to keep winning this year.

“I reached a very important part of the year with very good feelings and good results,” Nadal said, via Twitter English translation. “But hey, I’ve always had that fighting and overcoming spirit and what I will do is be patient and work hard after my recovery. Once again thank everyone for the support.”

If Nadal’s recovery timeline remains four to six weeks, then the the 13-time Roland Garros champion would have a chance to compete for his 14th French Open title. The grand slam tournament begins on Sunday, May 22.