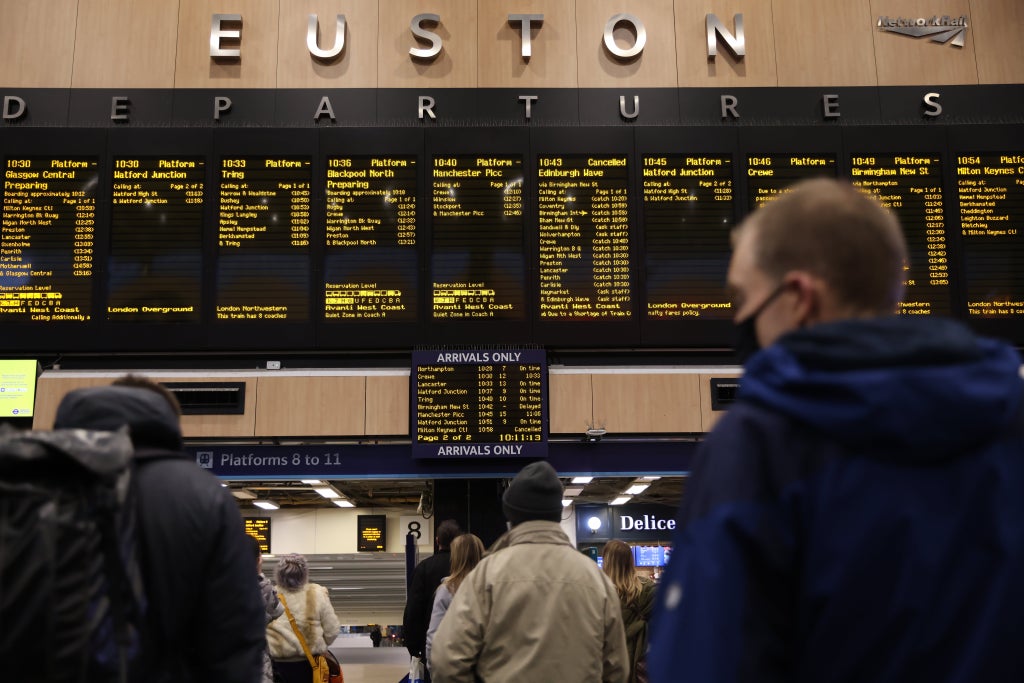 ail passengers were hit with travel chaos on Christmas Eve after rail strikes and staff shortages forced the cancellation of many services.

A planned strike by the RMT union affecting many CrossCountry services went ahead Friday, forcing many trains to stop running and other routes to reduce services.

Staff shortages has also caused disruption on other routes including those run by Govia Thameslink Railway and Avanti West Coast.

General Secretary Mick Lynch said on Friday: “CrossCountry need to note the determination of our members in their action today and understand that they already have trained and competent guards that are available and ready to work.

“This dispute could have been resolved weeks ago if our members were simply allowed to get on with their jobs rather than having their long-term futures and their safety critical roles threatened by this cash-led assault by CrossCountry.

“The company have knocked back that sensible and rational approach and that’s why services are disrupted today.”

CrossCountry said in a message to passengers: “We’re sorry, but due to strike action by members of the RMT union, we are running an extremely limited service today.

“Your original train may not be running.”

Trains have been cancelled on the following routes by the operator:

A reduced service is running between Edinburgh and Plymouth, Manchester Piccadilly and Bournemouth, and Birmingham New Street and Leicester.

One frustrated passenger who had to take a rail replacement bus said: “I’m more appalled that you could have warned us about this when we made the booking.

“If I’d wanted to travel by bus I’d have paid bus prices.”

Further disruption is expected on New Year’s Eve, when the strike will restart.