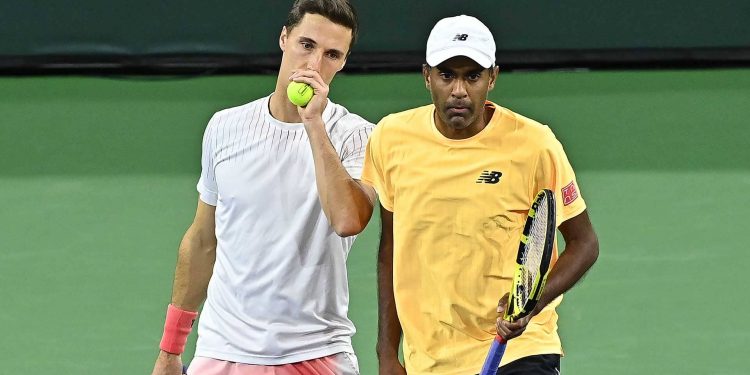 Rajeev Ram and Joe Salisbury continued their quest for a second ATP Masters 1000 title as a team on Thursday with a 7-6(4), 7-5 quarter-final victory over Wesley Koolhof and Neal Skupski at the BNP Paribas Open.

The second seeds clinched their maiden trophy at this level in Toronto last season, before they captured their second Grand Slam title together at the US Open in September.

The American-British tandem are now just two wins away from adding to their trophy haul in Indian Wells after triumphing over the seventh seeds in one hour and 39 minutes.

Ram and Salisbury were strong on serve throughout, winning 78 per cent (36/46) of points behind their first delivery and saving the one break point they faced according to Infosys ATP stats to advance.

Koolhof and Skupski have enjoyed a remarkable season so far, winning three tour-level titles as a team. But for once, they were unable to find their best level in the crucial moments against Ram and Salisbury.

The 2020 Australian Open champions will next play Santiago Gonzalez and Edouard Roger-Vasselin after the unseeded tandem overcame Aslan Karatsev and Andrey Rublev 6-2, 6-4 in 64 minutes.

Mexican Gonzalez and Frenchman Roger-Vasselin are teaming for the first time this week at the hard-court tournament in California.

Film fanatic, 42, shows off his eight-car motorcade from movies and TV

‘She was granted power of attorney, but she is abusing that power’: My sister is taking complete control over my 94-year-old mother —and even changed her will

Igor Breakenback, not so long...

‘She was granted power of attorney, but she is abusing that power’: My sister is taking complete control over my 94-year-old mother —and even changed her will