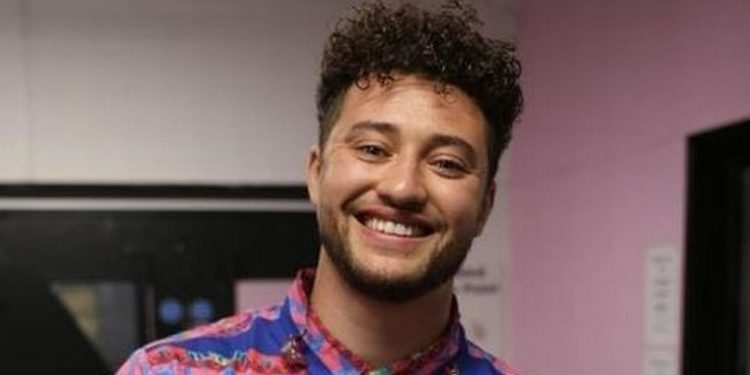 Rak-Su star Myles Stephenson surprised his fans on Tuesday as he shared his first photo of his “mini me” son Shiloh on Instagram.

The former X Factor contestant, 30, took to the social media platform to confirm the news that he had welcomed a son to the world.

It was reported in March last year that the singer and his partner Keli Hall were expecting their first child together, but they never confirmed the birth.

Myles and little Shiloh looked dapper in the photo as the star held the tot in his arms.

The youngster wore a pinstriped waistcoat and was sucking on a blue dummy while Myles wore a light shirt topped with a suit jacket and burgundy pocket square.

Myles Stephenson shared the snap of little Shiloh on Tuesday
(

Fans of the star came together with his famous pals to offer up messages of congratulations.

The star’s campmate during their time in I’m A Celebrity… Get Me Out Of Here!, Andy Whyment, commented: “He’s so cute bro.”

Keli had previously shared a trio of snaps of the little family as they celebrated Christmas in matching pyjamas in what is thought to be the only other public post including Shiloh.

Myles has kept Keli out of the public eye since the pair reportedly started dating over a year ago. As well as baby Shiloh, the duo share a puppy together.

In February last year Myles said he wanted to avoid romances with women who are already “in the public” eye, as he told that his past reputation as a bad boy can make them jealous.

Keli shared a snap of the family at Christmas time
(

Chatting with TOWIE’s Pete Wicks and CiCi Coleman on FUBAR Radio’s show titled The Dating Show at the time, he said: “I don’t want to date anyone that’s in the public eye.

“I would have to build trust on them not having to like, for instance, when you’re going to the shop and there’s a camera man standing outside your house and you’re like, why is there a camera man out your house? For me I never got it. I never understood it… I’m not comfortable with all that stuff.”

He was part of the first all-male band to win X Factor when Rak-Su were voted winners of the fourteenth series of the competition in 2017.