Ramadan 2022: Does the fasting month start tomorrow and has the moon been sighted? 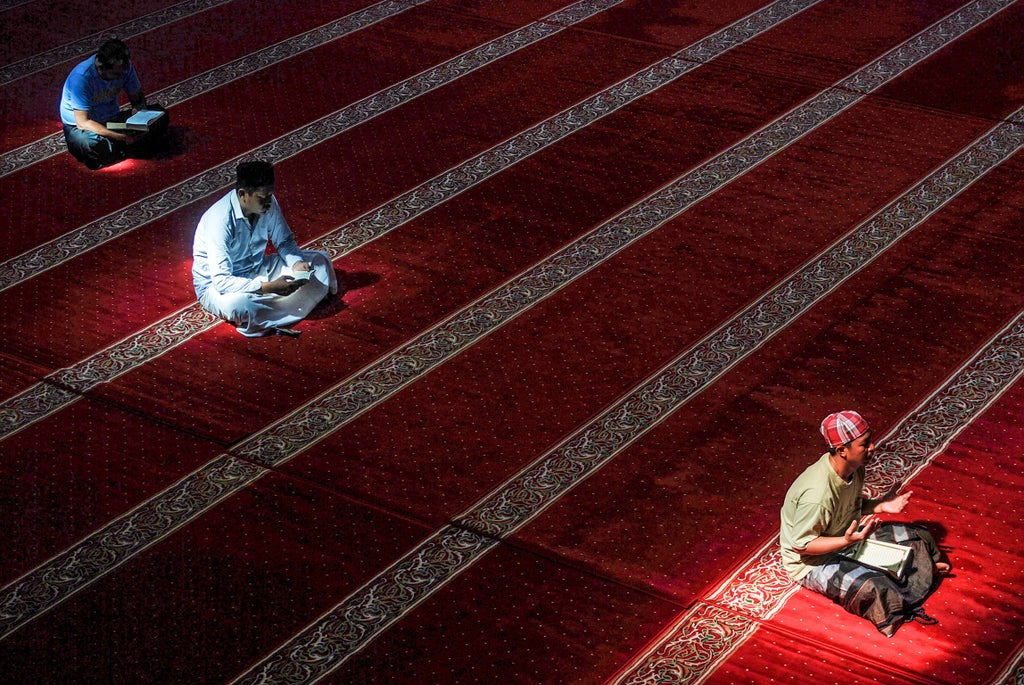 Muslims around the globe are set to observe the holy of month of Ramadan, a period of deep spiritual reflection and fasting that takes place every year.

The festival begins with the sighting of the crescent moon, which usually appears one night after a new moon.

In 2022, Ramadan is expected to begin on Saturday 2 April, although it could come a day later if the moon isn’t sighted, and end on Sunday 1 May.

One of the five pillars of Islam – along with faith, prayer, charity and the pilgrimage – Ramadan commemorates the Quran first being revealed to the Prophet Muhammad, a sacred moment honoured with abstinence between sunrise and sunset.

Here we look at what the ritual means for Muslims, why worshippers fast and why the date alters from one year to another.

Chapter 2, Verse 185 of the Quran explains the purpose of the ritual: “The month of Ramadan is that in which was revealed the Quran; a guidance for mankind, and clear proofs of the guidance, and the criterion (of right and wrong).

The word of Allah is said to have been revealed to the prophet on “Laylat al-Qadr” (the Night of Power).

The tablets of Ibrahim, the Torah, the Psalms, the Gospel and the Quran were sent down on the 1st, 6th, 12th, 13th and 24th days of Ramadan, according to the faith.

Why does the date vary each year?

The Islamic calendar is lunar, meaning each month begins with the new astronomical moon.

As lunar months are shorter than solar, the Islamic calendar does not correspond with the Gregorian calendar followed in the West and means Ramadan occurs around 11 days earlier every year.

The period takes place in the ninth month of the Islamic year. Its precise date also varies from country to country by about a day, depending on when the moon is sighted.

Followers of the faith are encouraged to check the precise timings of sunrise and sunset with their local mosques to ensure the fast is not inadvertently broken prematurely.

Why do Muslims fast?

​Ramadan is a holy month dedicated to prayer and reading the Quran. Generosity and giving to worthy causes and neighbours is encouraged.

It is a period for reflection, self-restraint and warmth intended to bring Muslims closer to Allah, hence the abstention from earthly distractions like food and water, cigarettes and sexual activity during daylight hours.

A modest meal is taken before dawn known as “suhoor” and after dusk known as “iftar” but nothing whatsoever is consumed in between, not even water.

Fasting during Ramadan is a requirement for all Muslims from a young age, in some cases beginning as early as 10.

Those who are too ill to fast can be exempted if participating would mean endangering their health, as can the elderly, those suffering from a mental illness, those who are travelling and women who are pregnant, breastfeeding or menstruating.

What is Eid al-Fitr?

Eid al-Fitr is the “festival of the breaking of the fast” and marks the end of Ramadan every year.

Muslims wish each other a happy Eid during the celebrations by saying “Eid Mubarak” and gather with family and friends to feast and pray together.

The festival can last for up to three days and also sees people donating to charity as part of the celebrations.

Amazon staff reject union in Alabama, lean toward it in NYC