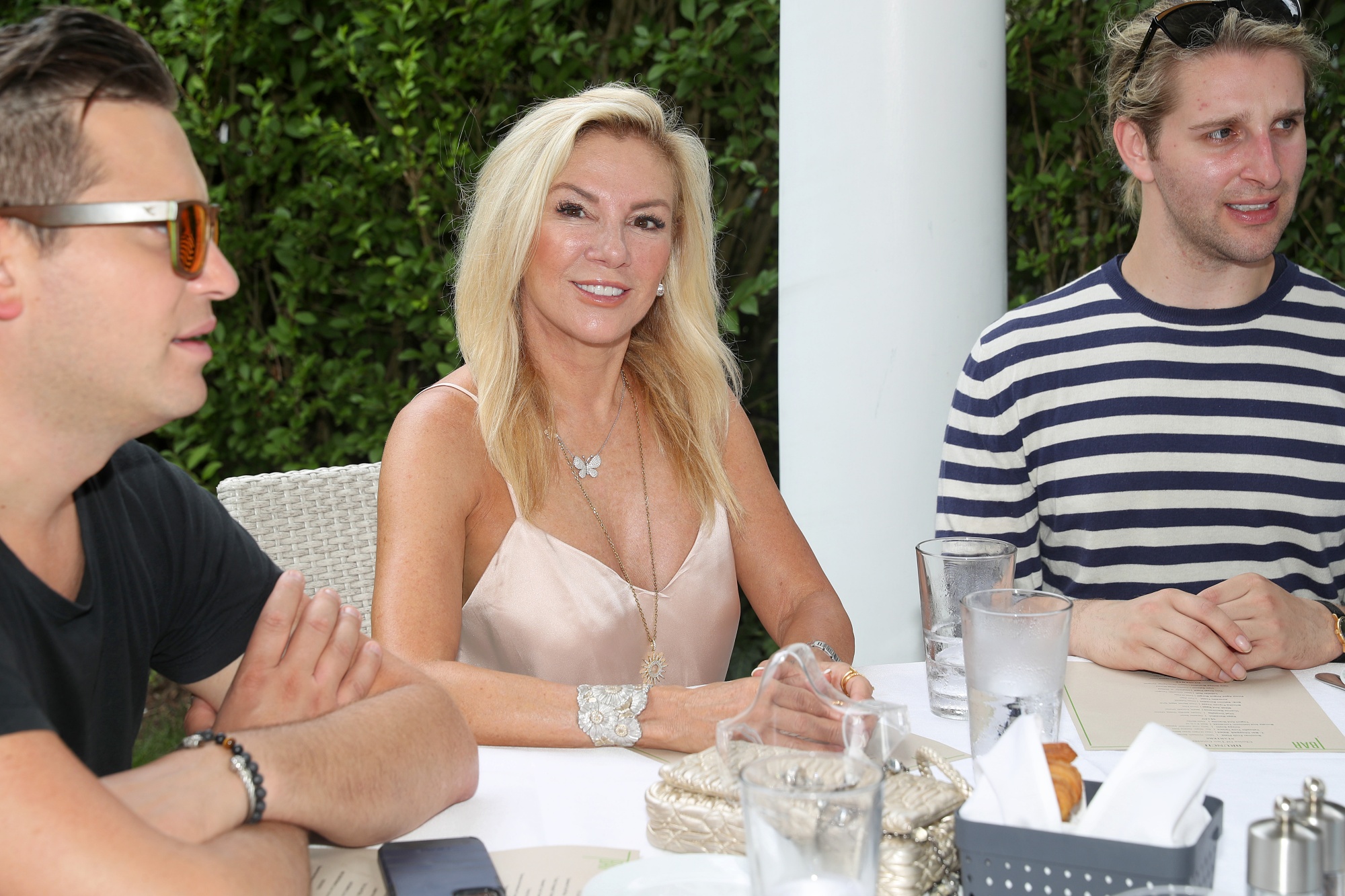 Last week we reported that Singer incurred the ire of show insiders by jetting off to St. Barts while production was on a forced hiatus because one of her fellow cast members had the virus.

Now Page Six has learned that Singer also swooped into Mar-A-Lago over the weekend — while hilariously continuing to post pictures on Instagram that made it look as if she was in her Manhattan apartment.

(She made quite an impession, incidentally. “She looks amazing. Legs of a 20-year-old. All the girls were saying how great she looked,” said a fellow guest at the former president’s Palm Beach pleasure palace.)

Last week a production source dubbed her St. Barts trip “so stupid,” and multiple sources say that Bravo has asked “RHONY” stars to stay close to home in an attempt to prevent a third COVID shutdown. (It already closed down in October when a crew member caught the virus).

“Producers asked them to stay in New York State, and they all bolted,” said an insider.

LuAnn De Lesseps, and a few supporting cast members, have also been spending the time off in Florida.

“[LuAnn] goes back [to New York] tomorrow and has to quarantine in Sag Harbor,” said a source.

Bravo declined to comment, and Singer didn’t get back to us.