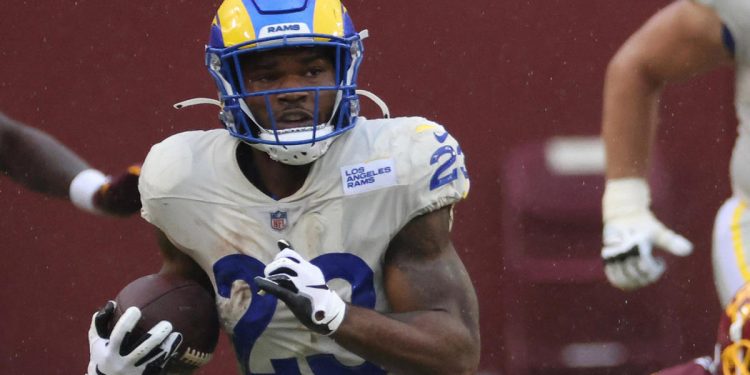 
Last year, the Tampa Bay Buccaneers became the first team to participate in a Super Bowl that took place in its home stadium. The Los Angeles Rams (15-5) will be the second consecutive club to do so when they square off against the Cincinnati Bengals (13-7) at SoFi Stadium in the 2022 Super Bowl on Sunday. Los Angeles is appearing in its fifth Super Bowl, and second in four years, after edging San Francisco 20-17 in the NFC Championship Game, while Cincinnati makes its third attempt to win the Vince Lombardi Trophy following a 27-24 overtime triumph in the AFC title game at Kansas City.

Kickoff from SoFi Stadium in Los Angeles is set for 6:30 p.m. ET. Los Angeles is a four-point favorite in the latest Rams vs. Bengals odds from Caesars Sportsbook, while the over-under for total points scored is 48.5. Before locking in any Bengals vs. Rams picks for Super Bowl Sunday 2022, make sure you see the latest Super Bowl predictions from SportsLine’s proven projection model.

The model, which simulates every NFL game 10,000 times, is up over $7,500 for $100 players on top-rated NFL picks since its inception six-plus years ago. The model enters the 2022 Super Bowl on an incredible 137-97 run on top-rated NFL picks that dates back to the 2017 season. Amazingly, it hasn’t missed a top-rated pick since Week 14 of the regular season.

The model also ranked in the Top 10 on NFLPickWatch four of the past five years on straight-up NFL picks and beat more than 94 percent of CBS Sports Football Pick’em playsers four times during that span. Anyone who has followed it is way up.

Now, the model has set its sights on Rams vs. Bengals in Super Bowl 56. You can visit SportsLine now to see the picks. Here are the NFL odds from Caesars Sportsbook and trends for Bengals vs. Rams:

Why the Rams can cover

While Los Angeles’ offense is likely to create problems for Cincinnati, its defense is more than capable of making life miserable for Bengals quarterback Joe Burrow. The first overall pick in the 2020 NFL Draft, Burrow was sacked a league-high 51 times during the regular season, while the Rams registered 50 over 17 games to rank third. Tennessee sacked Burrow nine times in the divisional round, and now Cincinnati’s signal-caller will face two of the best pass-rushers in the game in linebacker Von Miller and defensive tackle Aaron Donald.

Miller is the active career leader with 115.5 sacks and has registered at least one in six of his last seven games. Donald, a three-time NFL Defensive Player of the Year, notched 12.5 sacks in 2021 to become the fourth player since the statistic became official in 1982 with at least eight in each of his first eight seasons. After ranking sixth against the run during the regular season (103.2 yards allowed), Los Angeles has held opponents to just 54 rushing yards per game, the fewest surrendered by any team in the 2022 NFL playoffs.

Why the Bengals can cover

After being selected with the first overall pick in the 2020 NFL Draft, Joe Burrow had his rookie season cut short by a knee injury. But the former Heisman Trophy winner has exceeded expectations this campaign, throwing for 4,611 yards and 34 touchdowns while leading Cincinnati to a division title. The 25-year-old has been impressive if not spectacular in the NFL playoffs 2022, overcoming nine sacks to help the Bengals defeat top-seeded Tennessee in the divisional round before rallying the team from an 18-point deficit in an overtime triumph at Kansas City in the AFC Championship Game.

Burrow’s weapons include former LSU teammate Ja’Marr Chase, who was fourth in the league during the regular season with 1,455 receiving yards and third with 13 touchdown catches before becoming the first rookie ever to have multiple 100-yard performances in a postseason. The 21-year-old wideout has set a rookie postseason record with 279 receiving yards on 20 receptions in three contests and is looking to break Torry Holt’s rookie mark for receiving yards in a Super Bowl (109 in Super Bowl XXXIV).

How to make Rams vs. Bengals picks

SportsLine’s model is leaning Over on the total. In fact, it’s calling for 49 total points. It also says one side of the spread cashes well over 50 percent of the time. You can only get the pick at SportsLine.

So who wins Bengals vs. Rams in Super Bowl 56? And which side of the spread cashes in well over 50 percent of simulations? Visit SportsLine now to see which side of the Rams vs. Bengals spread to jump on for the 2022 Super Bowl, all from the advanced model that is up more than $7,500 on its top-rated NFL picks, and find out.