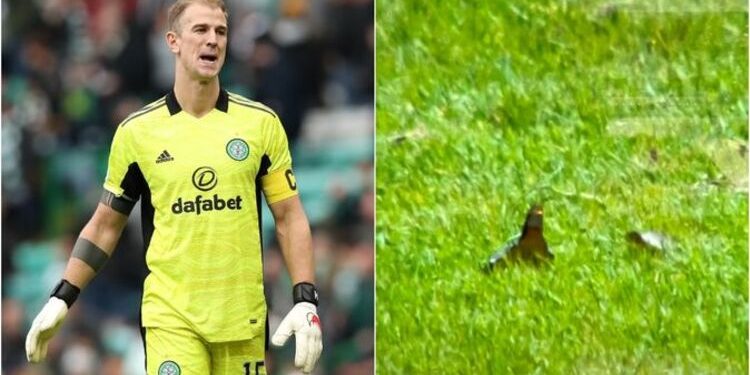 
A fearsome Old Firm derby between Rangers and Celtic was brought to a halt at Ibrox before the second half got underway. Celtic goalkeeper Joe Hart complained to the referee as the former England international pointed out what appeared to be broken glass in his penalty box.

A tense day was quickly propelled into top gear in Glasgow when Aaron Ramsey fired in to give the hosts the lead within three minutes. Tom Rogic fired in to give Celtic an instant response, however, and Cameron Carter-Vickers fired in before half time to spark bedlam in the away end.

The second half was delayed from getting underway, however, as Hart called the referee and brought attention to broken glass in his penalty area. The action was put on hold for several minutes while it was cleared as many watching on commented with disgust on what is meant to be Scottish football’s flagship fixture.

We’ll be bringing you the very latest updates, pictures and video on this breaking news story.

For the latest news and breaking news visit: express.co.uk/sport/football

Stay up to date with all the big headlines, pictures, analysis, opinion and video on the stories that matter to you.