Ranking the 10 Best Names in the Men’s NCAA Tournament 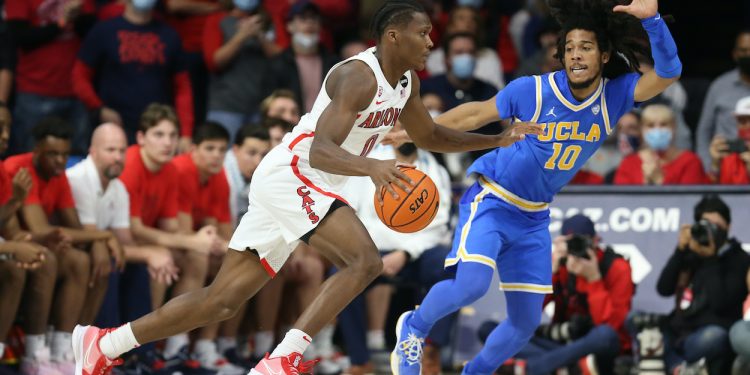 
The 2022 men’s NCAA Tournament is finally here, and we can’t wait to see which players quickly go from unknown names to March legends. We’ve got a ton of in-depth March Madness content to help you fill out your bracket and win your pool, but here’s the ranked list the people really want to see leading up to the Round of 64.

Let’s start with a simple one. Anytime you find someone with the same first name and last name, he just has to crack the list.

Ali Ali comes to us from 13-seed Akron out of the East region, and he’s actually the biggest reason why the Zips punched their ticket to the Big Dance. The 6-foot-8 forward leads the team with 14.2 points per game. He’ll need a big day against 4-seed UCLA if Akron has any chance of pulling off the upset.

Our next name comes to us from 14-seed South Dakota State out of the Midwest region, and once again we have the best player on his respective team. Baylor Scheierman is the engine that makes the Jackrabbits hop, as the junior averages 16.2 points, 7.8 rebounds, and 4.2 assists per game. He’s also a long-range sniper who makes 47.3% of his threes.

Make sure to watch SDSU’s Round of 64 game against 4-seed Providence. This one has upset alert written all over it.

Now we’re talkin’. TyTy Washington isn’t just one of the best names in the NCAA Tournament field, but he’s also one of the best freshmen in the country. He averages 12.8 points and 4.0 assists per game for 2-seed Kentucky and has the offensive firepower to lead the Wildcats to a national title.

It’s not very often a basketball player can pour a drink with his name on it, but the Kansas point guard can do just that. If you don’t know, Remy Martin is an expensive brand of Cognac brandy, and there’s no doubt Martin has cracked a bottle open to celebrate a victory at some point.

It’s always nice when you can use your name as a celebration, and that’s exactly what we have with 10-seed San Francisco guard Jamaree Bouyea. There might not be much celebrating from the Dons, though, as they drew 7-seed Murray State in the East and would likely face 2-seed Kentucky if they move on.

But if San Fran makes a run, Booyah baby!

Now here’s the silkiest name in the NCAA Tournament by far. Bennedict Mathurin (Mah-thur-in) simply rolls off the tongue with an unmatched elegance, and we should be able to say it a ton considering 1-seed Arizona is one of the favorites to win it all in 2022.

Mathurin is the most important player to this Wildcats team, and he’ll be a contender to win the tourney’s Most Outstanding Player award.

I’m a sucker for a good “Sir” snuck into a first name.

Sir’Jabari Rice is a powerhouse of a name, and it’s attached to a player whom averages 12.2 points and 5.2 rebounds per game for 12-seed New Mexico State. Two wins seems like the best-case scenario for the Aggies, though, as they would end up facing 1-seed Gonzaga in the West region.

Tyger Campbell became a household name last season when UCLA made a surprise run to the Final Four, and the Bruins will have the opportunity to go even farther this year as the 4-seed in the East. A potential Final Four rematch with Gonzaga awaits UCLA, and boy, we hope that happens.

Jordan Walker would be the No. 1 overall pick in an NCAA Tournament nickname draft, but we’ll bump him down a spot in this case. Still, “Jelly” is an electric name with an even more electric game. He pours in 20.4 points per game for 12-seed UAB, and has the potential to lead the Blazers to a Cinderella run.

Here it is. The very best name in the 2022 NCAA Tournament.

Leslie Nkereuwem averages 8.9 points per game for Longwood, the 14-seed in the South region. Unfortunately, we probably won’t be seeing much of him with 3-seed Tennessee in his way.

RELATED: March Madness: 5 Cinderella Candidates That Can Shock the World in the NCAA Tournament