Rape exceptions to abortion bans were once widely accepted. No more 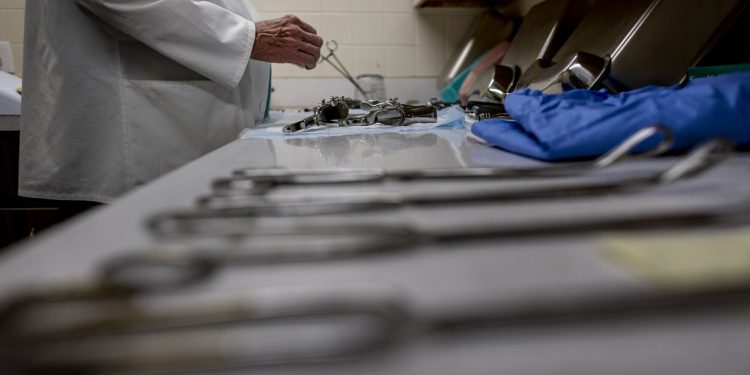 As conservative states enacted stringent abortion bans in recent decades, there was one threshold they were loath to cross: Abortion was nearly always allowed in cases of rape or incest.

It was a veneer of acceptance embraced by every GOP president from Reagan to Trump, and even the strongest abortion foes, that a woman should not be required to carry a rapist’s child.

Just as states may be on the verge of regaining expansive authority to outlaw abortion, eliminating rape and incest exceptions has moved from the fringe to the center of the antiabortion movement.

In 2019, Alabama gained national attention by passing a state law banning all abortions with exceptions only for lethal abnormalities and serious health risks to the patient.

The Future of Abortion

The Future of Abortion

One in an occasional series of stories about the state of abortion as Roe vs. Wade faces its most serious challenge.

There was a brief backlash to Alabama’s law, but over the last four years, 10 states have enacted abortion bans in early pregnancy without rape or incest exceptions: Alabama, Arkansas, Kentucky, Louisiana, Mississippi, Missouri, Oklahoma, Ohio, Tennessee and Texas. All were blocked by the court, except Texas’ law, which is in effect.

In recent weeks, several other legislatures have been racing to put abortion bans on the books. Arizona’s governor recently signed a 15-week abortion ban without rape or incest exceptions, although it is not yet in effect.

Similar 15-week bans without these exceptions are awaiting the governor’s signature in Florida. Kentucky Gov. Andy Beshear vetoed his state’s version on Friday, though Republicans likely have the votes to override him.

Oklahoma’s Legislature this week approved an almost total ban on abortion except for medical emergencies. It has not yet been signed by the governor.

The Supreme Court this summer will consider the constitutionality of one of those laws — Mississippi’s 15-week ban that excludes exceptions for rape and incest. In doing so, the court will decide whether to undo its 1973 Roe vs. Wade decision that legalized abortion nationwide.

If Mississippi’s law is upheld and the court rewrites Roe, the lack of rape and incest exceptions could be replicated in many other conservative states.

That carries grave physical and psychological implications for sexual abuse survivors who become pregnant, according to Michele Goodwin, a UC Irvine professor who studies law and health and is the founding director of the Center for Biotechnology and Global Health Policy.

Her concern is deeply personal. Goodwin says she became pregnant by her father when she was 12 years old after two years of abuse.

Her father took her to a healthcare provider in New York, lied about her age, and got her an abortion. She didn’t need an exception. But as she watches states enact early abortion bans without exceptions, including Texas’ six-week abortion ban, she worries about girls who would have to somehow find abortion access in another state or carry a pregnancy if impregnated by an abuser.

“I tried to put myself in the deepest corners of closets as a child,” she said, recounting one of the ways she tried to escape her abuse as a child. Now she says she is grateful she had the opportunity to get an abortion and pursue an education and career, rather than being forced to carry a child when she was still one herself.

Abortion opponents describe eliminating long-standing rape and incest exceptions as driven by their faith-based belief that life begins at the moment an egg is fertilized by sperm. They say they oppose all abortion, regardless of the circumstances.

“Your humanity doesn’t change with the circumstances of your conception,” said Kristan Hawkins, president of Students for Life, a 16-year-old antiabortion group that has pushed establishment conservative groups to eliminate exceptions. “You are valuable regardless of how you came into existence, or what your father did the night of your conception.”

The move to take away rape and incest exceptions may also stem from recent political and legal victories of the antiabortion movement, experts say.

“There’s now the opportunity to overturn Roe vs. Wade, overturn abortion rights at the Supreme Court, and that is sort of emboldening these state legislators to move well beyond where a lot of people thought they could go 10 to 15 years ago,” said Elizabeth Nash, who tracks state abortion legislation for the Guttmacher Institute, a reproductive health research group that supports abortion rights.

Still, the lack of exceptions remains controversial, even among many elected Republicans.

Every Republican president since Reagan has supported exceptions for rape and incest. In 2019, Alabama’s law — which did not include the exceptions — was met with opposition by establishment Republicans, including House Minority Leader Kevin McCarthy (R-Bakersfield) and then-Senate Majority Leader Mitch McConnell (R-Ky.), who said they supported the exceptions. The offices of McConnell and McCarthy separately declined to comment on their current positions.

Prominent opponents of abortion rights such as Sen. Josh Hawley (R-Mo.) said he supports the exceptions, and Sen. James Lankford (R-Okla.) said exception decisions should be left to the states to decide.

Requirements such as filing a police report or obtaining a therapist’s sign-off made them cumbersome for someone navigating both sexual assault and a pregnancy.

“There are so many practical reasons that a rape exemption doesn’t pan out for survivors, and so it serves to feel like a salve on abortion restrictions,” said Juliana Gonzales, senior director of sexual assault services at the SAFE Alliance, an Austin, Texas-based nonprofit that supports violence and abuse survivors. “On a practical level, the exceptions don’t do anything. That’s the honest truth.”

There is little data on how often rape and incest exceptions are used to obtain an abortion. About 1% of patients getting an abortion did so because of rape and less than 0.5% did so because of incest, according to a 2005 study by the Guttmacher Institute. An unknown number of survivors of assault have obtained abortions without disclosing that they were assaulted.

In one notable exception to this year’s rush of state abortion bans without rape and incest exceptions, Idaho last month enacted a law to prohibit abortion once fetal cardiac activity is detected — similar to Texas’ abortion law — but with an exception for cases of rape and incest.

Though Republican Gov. Brad Little signed the bill, he said in an official letter that the “challenges and delays inherent in obtaining the requisite police report render the exception meaningless for many.” He also expressed worry that family members of a rapist could use the law’s bounty mechanism — in which third parties can sue abortion providers — to retraumatize victims of rape.

In past years, Democrats often successfully challenged state laws that lacked rape and incest exceptions, portraying the restrictions as harsh or cruel — winning over public opinion.

Abortion foes and GOP state leaders typically accepted the exceptions rather than risk a backlash.

But since 2018, such efforts have often failed to add the exceptions into abortion bans.

That changed with Alabama’s near-complete ban on abortion, which was enacted shortly after former President Trump’s second Supreme Court appointee, Brett M. Kavanaugh, was seated. The law’s backers said their intention was to use it as a vehicle to get the justices to reopen Roe vs. Wade.

Alabama’s law benefited from the support of an emerging and growing contingent of abortion opponents who positioned themselves outside a movement long dominated by groups such as the National Right to Life, the nation’s oldest antiabortion group.

These abortion opponents were younger, more fervent in their position and less beholden to long-standing ideas about the need for political expediency. If abortion is wrong, they asked, why should it ever be allowed?

Chief among these activists was Students for Life, a group made up of students who urged the Republican National Committee in a well-circulated letter to drop the rape and incest exceptions.

“Groups like Students for Life were embracing positions that [the mainstream antiabortion movement] wouldn’t have, at least as openly,” said Mary Ziegler, a Florida State University College of Law professor who specializes in the history of reproductive rights. She called it “a sort of mutiny against the antiabortion incrementalism that had been dominant for decades.”

Support from groups like Students for Life helped give political life to more stringent abortion bans once viewed as politically impossible.

“We would still see some legislation that has those exceptions,” predicted Carol Tobias, president of National Right to Life. “But I don’t know if it’s going to be as common, because I think more people have just kind of come to the conclusion that, you know what, either we’re going to protect babies or we aren’t.”

A new ‘Museum of Women’ is coming to Soho this summer

A new 'Museum of Women' is coming to Soho this summer