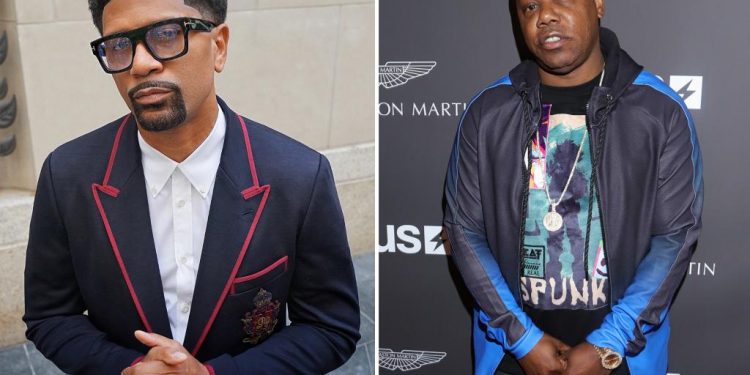 If you were writing the hip-hop dictionary, this Bay Area legend would be responsible for a large portion it. And listening to Todd Shaw, also known as Too $hort, on this “Renaissance Man” episode is like taking in a history lecture on the rap culture and the slang that just rolls off the tongue today.

He came around in the ’80s, when he planted seeds of inspiration that would manifest itself in the work of so many huge rappers like Snoop Dogg and Outkast.

“Right when I moved to Oakland, that’s when Sugar Hill Records started dropping a lot of stuff,” Too $hort told me. “It was Grandmaster Flash, Sugarhill Gang, the other records after ‘Rapper’s Delight’ … It’s like 1980 … I’m hearing all this hip-hop, and I’m thinking to myself, ‘Man, I could do this.’”

Too $hort took what he was hearing from the East Coast and added his East Oakland flavor, adopting the language of the colorful pimps in his neighborhood. He coined words like “biatch” and “mack,” calling his 1987 album “Born To Mack.”

“The word play was important. You have to be using it or creating it,” he said of his style.

“The slick OGs in the streets dropping a little rhyme, the little one liner, a little slick punch line on you … We interpreted that s–t into hip-hop.”

Another example: the phrase “heezy fo scheezy,” which he and his fellow Bay Area pioneer E-40 dropped in “Rappers’ Ball” as they were playing around in the studio.

“That was something going around the Bay. It was coming from the pimps … Then Snoop Dogg did ‘fo shizzle,’ and it took on its own life. ‘Player hater’ is a Bay Area phrase.”

I met Too $hort in college and got to hang around him and his colorful cast of characters. Let me tell you, he’s living that life. I always considered him the Hugh Hefner of rap, and a certain lyric about toes cemented that. He’s still churning out those clever songs about the ladies, and just released “Big Sexy Thang” with Lil Duval.

“Early on, I realized that saying something real slick would get you a reaction if you say something funny … All of those reactions are like reoccurring themes in Too $hort songs.” He thinks “a lot of rappers have their strong points with vocabulary delivery.” But wacky lingo and clever lyrics became his calling card.

In 1993, as the hip-hop scene was growing in Atlanta around Freaknik parties and HBCUs, he moved to the Southeast and brought his bold Northern Cali lifestyle.

“I get to Atlanta and I show up, I got big rims on my car,” he said. Guys like Young Jeezy and T.I. were kids hanging around where he was, whether it was outside his house or the barbershop.

But back to his roots. There was a time when the Bay Area had some of the most distinct acts in hip-hop, from MC Hammer to Tupac Shakur and Mac Dre, so I wanted to hear his thoughts on them.

And it turns out, “Please Hammer Don’t Hurt ’Em” wasn’t that far-fetched.

“MC Hammer, man, self-made. Hammer is a marketing genius, the way he came in the game. He literally invented himself as a superstar. [He didn’t start] as a star. [He] played the role before it happened.”

Too $hort added that Hammer is “sometimes mistaken to be like ‘the dancing dude’ … But [he’s] definitely not the guy you want to disrespect, face-to-face or, really, back in the day, step to his crew and treat them like R&B singers or something. The Oakland was going to instantly come out, and you were going to find out, ‘Oh, Hammer isn’t playing around.’”

As for Tupac, Too $hort felt worried he’d burn too bright too fast.

“This dude … If I take this dude to the deep Oakland hood, he’s going to die … And he did exactly that.”

As for Mac Dre, who died in 2004, Too $hort wishes he could have seen him reach his full potential. “I always felt like Dre was the people’s champ.”

And I consider Too $hort to be the rapper’s champ. He’s a godfather of the genre and an icon who refuses to pump the brakes on his creative flow. He’s still got his, ahem, infamous toes on the gas.