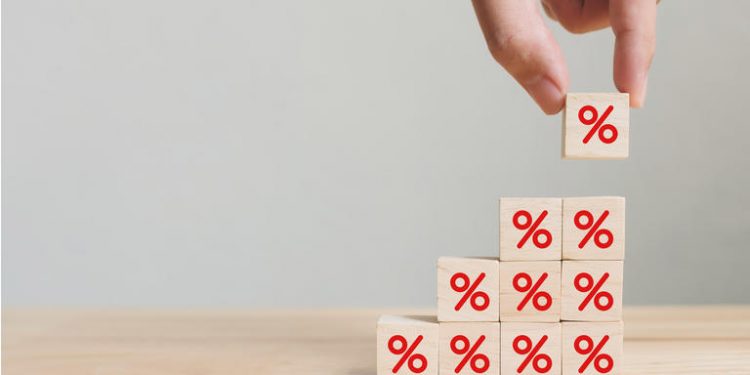 Even though we saw some net inflows to government bonds last week, the price action this week has made clear that there has not been anything near enough buying to avert upward pressure on rates. Key levels have been hit, with 1% marked on the US 2yr, and even though USD Libor takes a back seat to SOFR, the 10yr is gunning to hit 2%. The structure of the US curve too remains bearish, as the 5yr, already cheap to the curve, is lurching further cheaper.

On top of that, the breakout of nominal rates confirms that the bulk of the uplift is coming from higher real rates. Inflation expectations have been easing lower right along the curve, indicative of a bond market that is believing that Fed policy to come will indeed tame inflation. Even though up some 50bp in the past three weeks, the US 10yr real yield is still deep negative. At -62bp currently, there is plenty of room for that to test higher. That’s where the easiest of the lift in rates will come from in the weeks ahead.

The market is pricing higher nominal rates and lower inflation

These moves in core rates are predominantly coming from the US, stretching the Treasury-Bund spread ever wider. But even in the eurozone, some key levels are in play. The 10yr Bund yield is only a smidgen away from flipping to positive, and the 10yr Euribor swap rate is above 40bp. In fact, eurozone swap rates have flipped positive from 4yrs and longer. Only the deep negative policy rates are maintaining the negative tilt on the front end. That policy is looking more and more out of sync.

But even in the US, there is downward pressure on repo as it struggles to get much above the 5bp attainable on the Fed’s reverse repo facility. Here, the logic of the Fed remaining in the market buying bonds makes even less sense. We’d not be surprised to see the Fed make a quick exit. Taper to zero already, and get on with the balance sheet reduction.

In a textbook example of debt schadenfreude, the main hope for core bonds to regain their poise is a deterioration in risk sentiment elsewhere. The prime candidate is still tensions with Russia, but also a deterioration of economic data in the US due to Omicron. Our economics team’s prognosis is still upbeat, even if data (retail sales last week and empire manufacturing yesterday) suggest the economy is grinding to a halt in the first quarter of 2022. This also serves to illustrate that, for the US at least, fear of Fed tightening and weak risk sentiment can exist side by side in a toxic environment for most assets.

Euro syndicated volumes so far in January are impressive

The beginning of 2022 has also seen borrowers come out a lot to lock in low borrowing rates. As a result, this month is on track to match the amount of debt raised in 2020 and 2021. Given the context, this is no mean feat. This also puts the rates sell-off into perspective. For peripheral borrowers in particular, January has so far failed to accelerate the spread widening started late last year. This is testament to a degree of optimism on the part of investors, although here too, we fail to see how yields can escape the upward pull from central banks tightening almost in unison.

Italy has been a particular bright spot considering the presidential election could bring back an unwelcome period of political instability. In our view, fears could prove unfounded if PM Mario Draghi is elected president on the condition that the current coalition lives on until the 2023 elections. This would be a short-lived relief, however. The more important fact remain that the ECB is tapering its purchases and readies to hike rates. In that environment, investors are rightly expecting volatile interest rates – something that typically comes hand in hand with a reluctance to buy riskier bonds, such as Italy’s.

Economic releases will be thin on the ground today, so the focus will be squarely on this month’s supply season progressing apace. On today’s agenda, Greece’s new 10Y (recent deals suggest over €3 billion in size) and Austria dual tranche 7Y and 50Y (we think upwards of €6 billion across both lines) syndications will add to Germany selling 15Y debt.

Robert Holzmann is due to speak – characteristically hawkish comments would ensure that ECB monetary tightening is never far off the market’s mind.

In the US, housing starts and building permits are the highlight of the economic calendar.

This publication has been prepared by ING solely for information purposes irrespective of a particular user’s means, financial situation or investment objectives. The information does not constitute investment recommendation, and nor is it investment, legal or tax advice or an offer or solicitation to purchase or sell any financial instrument. Read more

'I quit and go f--k yourself': Crazy worker resignation letters