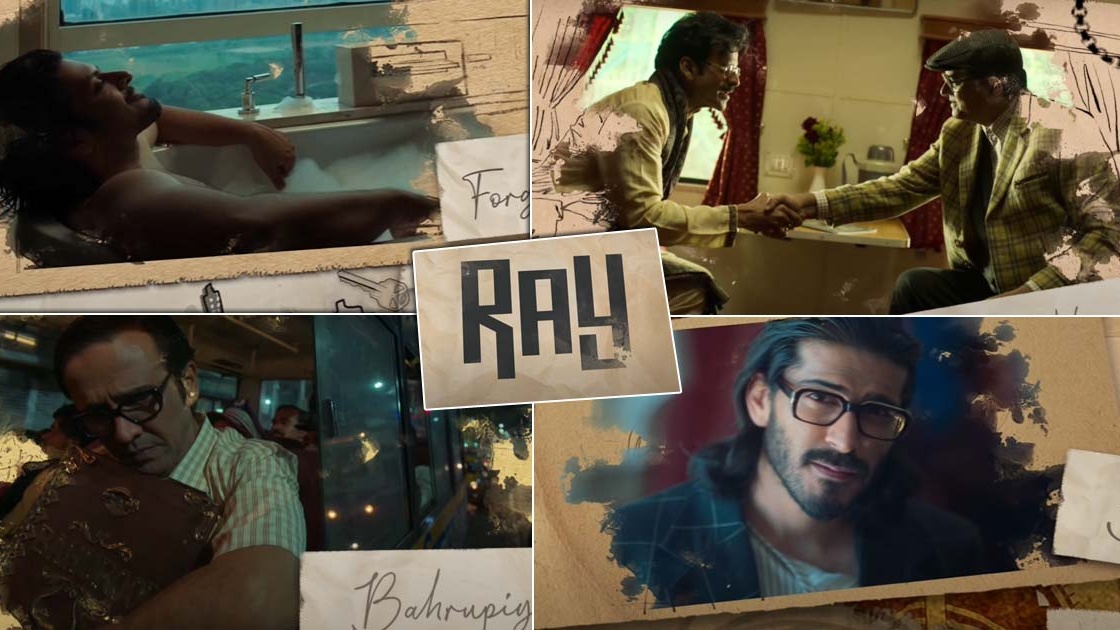 Last week we had two blockbusters releasing on the OTT platforms in these parts. And next week, we have Prithviraj’s Malayalam crime thriller Cold Case set for big splash.  Considering those biggies, we have a quieter releases this week. But they should be no less interesting.

In our usual weekly recommendation list, we have the much expected arthouse Tamil movie Madathy. Another rural Tamil movie Thaen.  The novel made into a series is Grahan on the 1984 anti-Sikh riots. And then we have the series on the emotional India-Pak ‘Partition’ Dhoop ki dheewar. and of course, the biggest highlight of the week, an anthology based on the works Sathyajit Ray, simply titled Ray.

This should be an interesting and varied spread.

Synopsis: The 1984 anti-Sikh riots that followed the dastardly killing of the then Indian Prime Minister Indra Gandhi shall remain one of the blots in modern Indian history. The mere thought of that bloody violence makes wince. That is the backdrop of this 8-episoded series.

Loosely based on Satya Vyas’ fiction Chaurasi, the series is set in two place: Ranchi 2016 and Bokaro 1984, where the famous steel plant town was an unlikely location for the violence that followed Indra Gandhi’s assassination. The violence of that period reverberates well into the 2016 in the series as some of the events those tragic days re re-opened for police investigation.  The screenplay smoothly switches between 1984 and 2016.

The web series on the subject is a touchy politics for this time. But the makers, despite some criticism, have approached the task with sensitivity and seriousness.

Synopsis: The partition of Indian and Pakistan around the countries’ independence was another of unfortunate events that were marked by blood-curdling mayhem and violence. It is one of the shameful and sordid chapters in the history of Indian sub-continent.

This is a series of tale of family and loss in the backdrop of the Partition. What adds weightage and intrigue to the show is the lead played by real-life couple Sajal Aly and Ahad Raza Mir. The series is projected by the streaming platform as “heart over hate”. This show is a sincere effort to demonstrate the collateral damage caused by war and a call to viewers from both sides of the border and across the world to introspect the need for peace, the platform said.

The finale of the series will be streamed on the 75th Independence Day for both India and Pakistan. The series will have an episodic releases every week.

So, its credentials are strong. The movie talks about gender and caste identity, religious beliefs and violence.  Reflecting the discriminatory practices that members of the community face, the tagline of the movie reads “Nobodies do not have Gods; they are Gods.”

Synopsis: This is another award-winning Tamil film that deals with another sensitive and heart-touching tale. Thaen has been screened and has scored nominations at festivals such as Indian Panorama 2020, Dada Saheb Phalke Film Festival, Ayodhya Film Festival, among others.

The story traces the journey of a young, rural and uneducated beekeeper who battles insurmountable challenges to save his wife from a rare disease. The lack of documents to prove his identity makes things worse for him in seeking governmental healthcare. Sharp dialogues and scenes in the film question how bureaucratic inefficiency and lack of medical infrastructure is shaping the reality of rural society.

The film marks SonyLiv platform’s foray into the streaming of Tamil films. Apart from Tamil, this film will also be available for viewing in Malayalam, Telugu and Kannada, the platform said.

Synopsis: Anthology stories are getting popular on streaming platforms. And this one will have four stories inspired by the works of legendary filmmaker Satyajit Ray.
Titled eponymously as Ray, the series will run the gamut from satire to psychological thriller.

The stories broadly run the theme of ego, revenge, envy and betrayal. With stellar leads in each story, the anthology is bound to be interesting and engaging. Satyajit Ray’s works are acclaimed all over the world. This should be a good tribute to maestro.

Apart from these, we also have Stree, starring Rajkummar Rao, Shraddha Kapoor, Pankaj Tripatji, Aparshakti Khurrana and Abhishek Banerjee, and helmed by the award-winning director Amar Kaushik. The horror-comedy Stree will be available on Amazon Prime Video from June 25, 2021.

All in all, happy viewing.