Rayner says it would be ‘unacceptable’ if she ‘lamped Boris Johnson’ 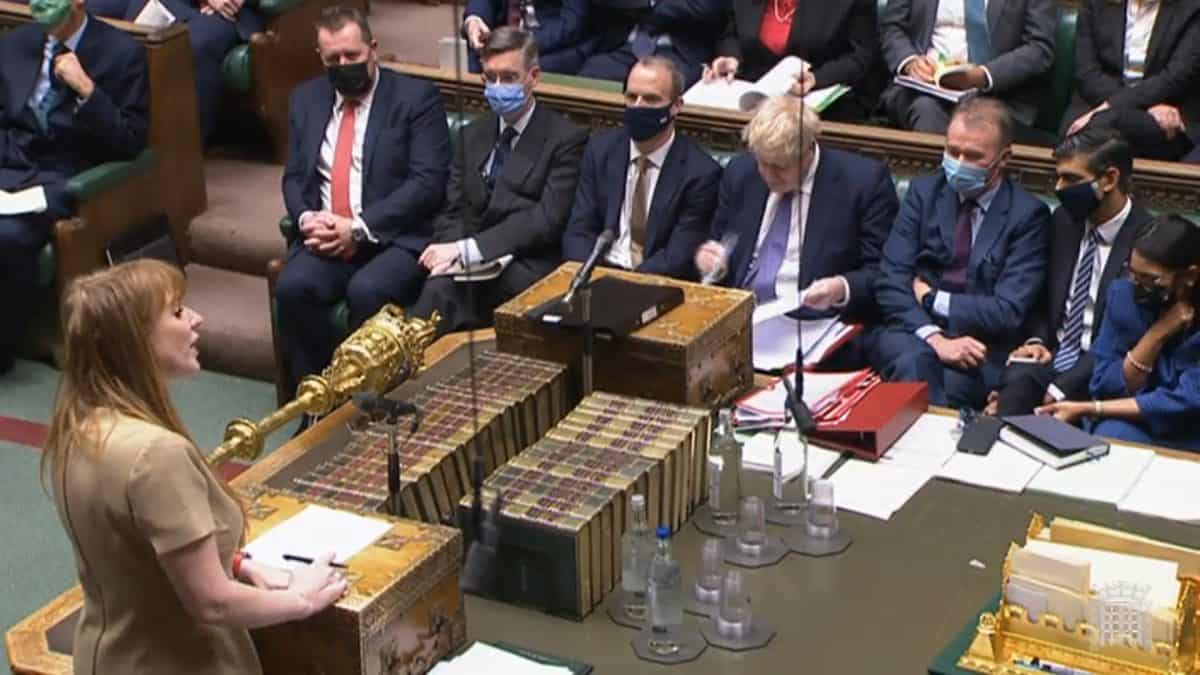 Labour’s deputy leader has said it would be “completely unacceptable” if she “went over the despatch box and lamped Boris Johnson” as she criticised actor Will Smith.

Smith has apologised for slapping comedian Chris Rock at the Oscars following a joke about his wife Jada’s alopecia.

The 53-year-old called his behaviour at the Academy Awards “unacceptable and inexcusable” and said he was embarrassed by his actions.

On Tuesday, Angela Rayner said he had set a bad example for young people.

She told Sky News that “violence is never the answer” and added: “I get passionate and upset, we all do, but, you know, if I went over the despatch box and lamped Boris Johnson because I didn’t like what he said, because he offended me, then that would be completely unacceptable, and I think it was unacceptable that Will did that, so I think it was right that he apologised.”

She added: “You lose the debate if you resort yourself to violence.”

Earlier, education minister Will Quince said children were taught at school that “violence is never, ever the answer”.

He said: “It’s so disappointing because I’m a huge fan of Will Smith and I think violence is never, ever the answer.”

Mr Quince said pupils were taught as part of the curriculum: “We know people can lose their tempers, we know that people can say hurtful things, but violence is never, ever the answer.”

He added: “It’s just so unfortunate to see such a high-profile figure reacting that way.”

Mr Quince said he welcomed Smith’s apology and said: “I hope he reflects on his behaviour because he is a big role model.”

Smith has been condemned by the Academy as it launched a formal review into his altercation with Rock during the Oscars ceremony.

The 94th annual awards show was thrown into chaos when Smith went on stage and hit the comedian in front of a star-studded audience after Rock made a joke about his wife Jada Pinkett Smith and her hair loss.

In a statement posted to Instagram, the actor said: “I would like to publicly apologise to you, Chris. I was out of line and I was wrong.

“I am embarrassed and my actions were not indicative of the man I want to be. There is no place for violence in a world of love and kindness.”

Related: First Partygate fines set to be handed out TODAY

Employers That Made Comparably’s List of Best Global Company Culture