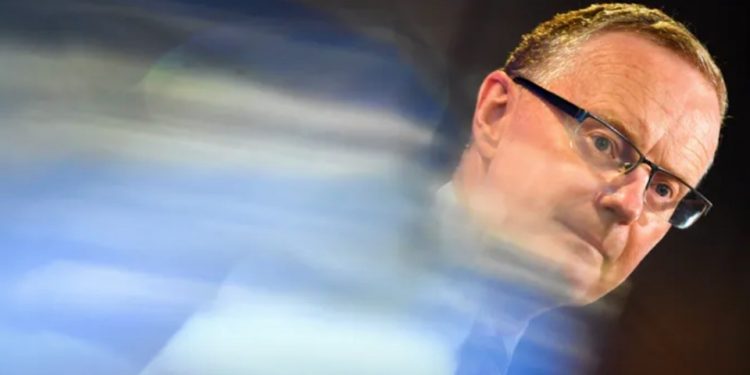 
It seemed only The New Daily saw the warning buried in the budget papers, but now the Reserve Bank has underlined it: Economic growth will be more than halved next year to a very pedestrian 2 per cent, among the world’s lowest.

Not that headline writers will notice – the interest rate rise obviously holds centre stage with all the usual explainers about what it means for mortgage repayments and speculation about how far the foreshadowed further rate rises will go.

Yet it is the expected softening of growth in 2023 that is likely to limit what the RBA does with monetary policy.

And Governor Philip Lowe wants everyone to know he isn’t putting his foot on the monetary brake – he’s merely lifting it a little off the accelerator.

In RBA-speak, it’s “the right time to begin withdrawing some of the extraordinary monetary support” for the economy during the pandemic.

Basically, with the economy running strongly on all the cash that’s been pumped into it, unemployment falling under 4 per cent, the government throwing more “elect me” billions around, and inflation jumping higher than expected, the RBA couldn’t justify continuing to push the economy to run harder.

In real terms – after inflation – money has been and continues to be free. No rational investment should be curtailed by it becoming a little less free.

Lifting the cash rate by 25 points to 0.35 per cent looks suspiciously like a compromise between a very gentle opening nudge of 15 points and a decent shove of 40.

There’s a degree of subtlety there in messaging about just how hawkish the bank might be, how far rates might go. The hint is “further, but not too far”.

Beyond the headline rate rise, Governor Lowe’s statement contained the highlights of the bank’s quarterly statement on monetary policy that will be released on Friday.

The bank is working on the expectation that Australia’s gross domestic product will grow by 4.25 per cent this calendar year – and then just 2 per cent next year.

(The RBA’s 2022 forecast is half a percentage point lower than Treasury’s budget prediction of 4.75 per cent, but matches the budget’s soft 2023 expectations.)

The unemployment rate is predicted to fall to about 3.5 per cent nearly next year, but then stay there. Growth of only 2 per cent doesn’t reduce unemployment.

The bank acknowledges headline inflation will continue to rise from the latest consumer price index reading of 5.1 per cent to 6 per cent for the year with underlying inflation of 4.75 per cent.

The forecast is still for this inflationary surge to be transitory, for both the headline and underlying figures to be ”around 3 per cent” by the middle of 2024.

Dr Lowe had nailed the bank’s colours to decent wages growth before lifting rates but, you know, stuff happens.

The bank’s business liaison tells of wages growth picking up. I’ll take bets now that wages growth will still be a long way short of the inflation rate, meaning living standards will continue to fall.

The other factors in the monetary equation could no longer be ignored. Anyway, Dr Lowe said only “some withdrawal of the extraordinary monetary support” was appropriate.

Money remains cheap enough to be stimulating the economy, not slowing it.

The financial impact of this and the next couple of rate rises will be felt by few Australians – only those who took on large mortgages in the past couple of years.

Remember that only about a third of households have a mortgage and most of those have either built up a buffer or substantially paid it down.

But the psychological impact of the first rate rise in a dozen years is broader than the number of people who will feel it in their wallets.

All the headlines get noticed, the idea of people cutting back on spending spreads around.

The irony is that tightening monetary policy actually can’t result in much spending being reduced.

As the Australian Bureau of Statistics explained, most of the inflation we’re feeling is in non-discretionary spending – we still have to pay the rent, buy food and fuel, meet necessary health costs, even people with big mortgages.

Politically, lying about debt and deficit and interest rates for nine years will make it hard for the Coalition to suddenly have credibility in telling the truth that rising rates are a sign of a strong economy, that falling and extremely low rates are not necessarily healthy.

The bigger problem is explaining how living standards are continuing to fall with no sign of the wages price index getting ahead of inflation, never mind the real, after-tax story.