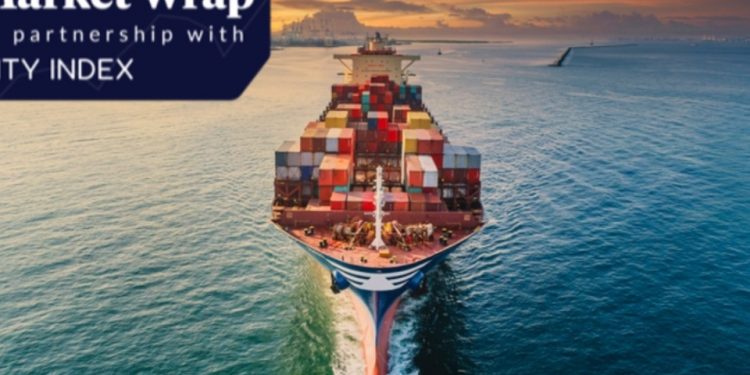 
In the first full trading week of Q2 2022, US stocks slipped as US yields surged higher again and evidence of Russian atrocities in Ukraine sparked harsher sanctions.

The ASX200 got to within 1 per cent of its all-time high before being knocked off its perch on Tuesday after the RBA’s hawkish pivot showed it would soon start lifting interest rates.

Here are the top five things that happened in markets this week.

At its monthly board meeting on Tuesday, the RBA kept rates on hold at 0.1 per cent and removed its dovish forward guidance.

The omission of the word “patient” and acknowledgement that inflation has picked up and a further increase is expected will likely see the RBA begin lifting interest rates in June, shortly after the federal election.

Although most commentators feel the RBA cash rate will end the year at about 1 per cent, the Australian sharemarket has priced for the interest rate to be closer to 2 per cent by year end.

The minutes from the March FOMC meeting confirmed that the Fed is prepared to raise rates by 50 basis points at its next meeting and reduce its balance sheet aggressively to tame inflation.

The US interest rate market is now priced for 225 basis points of rate hikes on top of the 25-basis-point rate hike in March.

If the Fed delivers on this expectation, it would be the fastest rate of tightening since the 1994 tightening cycle.

Crude oil fell below $96 per barrel after members of the International Energy Agency (IEA) agreed to release oil from its reserves.

Following last week’s release by the US Department of Energy, about 240 million barrels of crude oil will be released from the world’s strategic energy stores.

This amount should offset about half of the lost Russian oil supply.

4. AUDUSD back to earth with a thud

After surging to a 10-month high at 0.7661 earlier in the week, the AUDUSD gave back all its post-RBA gains and more to fall below 0.7500 on the hawkish details released in the March FOMC minutes.

5. Bitcoin falls 5 per cent as Bitcoin 2022 in Miami gets under way

Bitcoin fell more than 5 per cent below $43,000, coinciding with the start of North America’s largest bitcoin conference, Bitcoin 2022, in Miami on Wednesday.

Despite the hype that the event in Miami will generate, Bitcoin remains a risk asset, tightly linked to the performance of US equities.

Brought to you by City Index. Access to over 4500 global markets on shares CFDs, Indices, Forex & Crypto with a trusted provider.