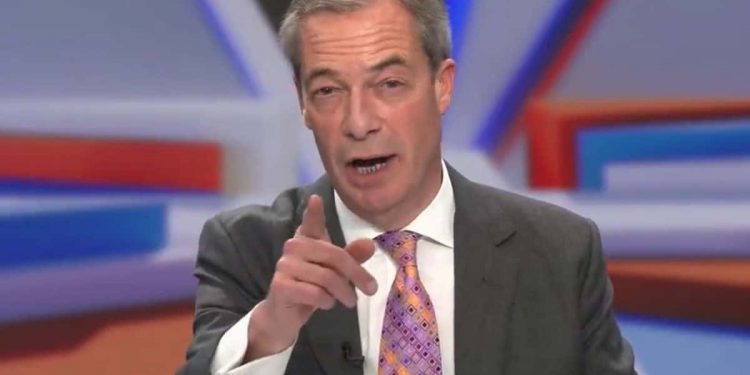 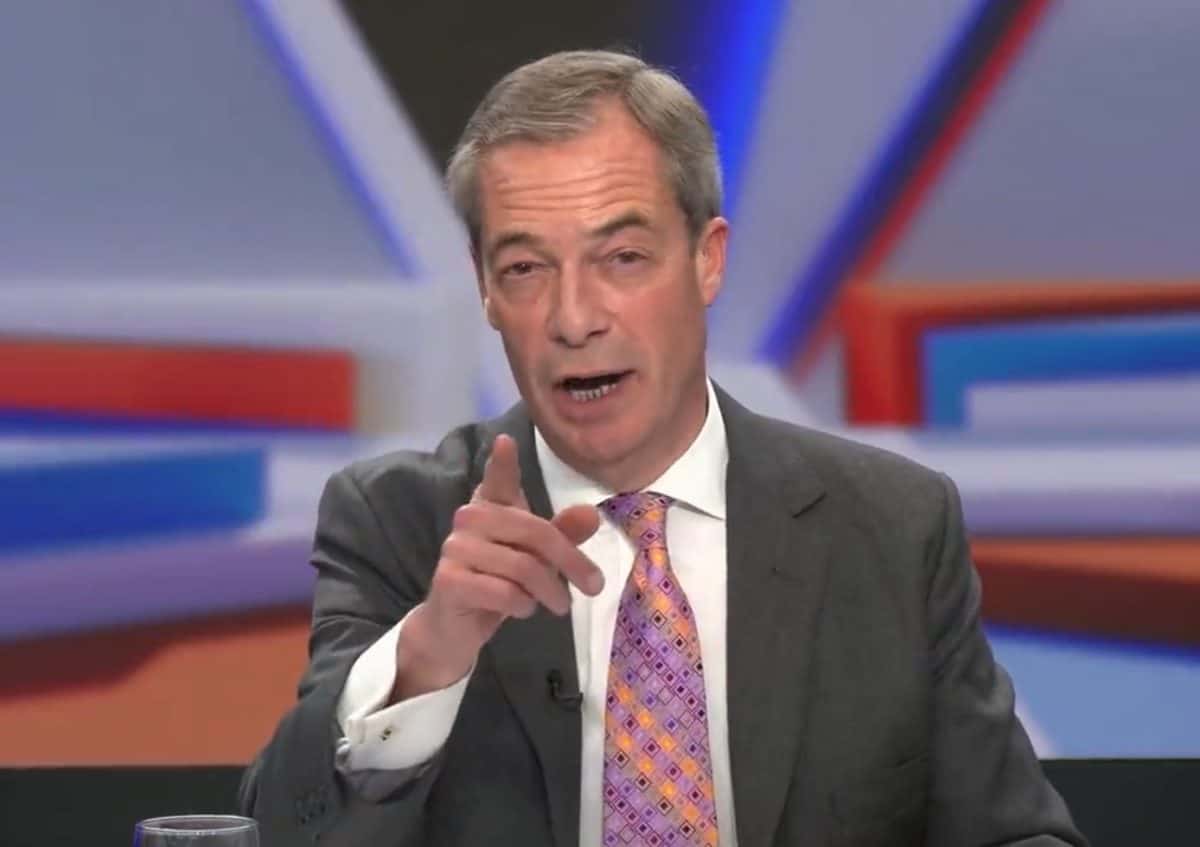 It comes as Russia has sent in what it says are peacekeeping troops in Ukraine, after weeks of tensions that it would invade the country following the deployment of tens of thousands of troops at the border.

But Farage warned in an interview with GB News last week that Russia president Vladimir Putin’s demand that Ukraine does not join the western military alliance NATO should be met – rather than allow the group to expand even further east, right next to Russia.

He said: “The prime minister said ‘we need to learn the lessons of 2014’. Well, what happened in 2014 in the Ukraine was a revolution, albeit a pretty peaceful one, an elected leader removed from office and then of course, the Crimea taken by Vladimir Putin’s forces.

“And yes Mr Johnson, we do need to learn the lessons of 2014, because it was the European Union wanting to expand, wanting the Ukraine to join it, that directly led to that revolution. People stood there in the squares of Kyiv waving European Union flags.

“I thought for 30 years that the NATO policy, the EU policy of expanding ever eastwards was a huge strategic error.”

He added: “Yes, we know the Russians can be paranoid, but why poke the Russian bear with a stick?

“And if Vladimir Putin’s one demand is that we state clearly that the Ukraine is not going to join NATO, why don’t we do it?

“Well, some of you may say, isn’t that appeasement, isn’t that giving in? But ask yourself a different question. What possible strategic benefit or asset could it be to us for the Ukraine to join Nato? Absolutely none whatsoever that I can see.”

Farage concluded by urging Johnson to “rethink the geopolitics of all of this”, and convince EU leaders and the Americans that NATO needs to say Ukraine would not join NATO.

“I think if Putin gets that he won’t invade and a war can be avoided,” Farage said.

But one Twitter user has told Farage that he might want to reconsider his statements “with Russia now invading a second part of Ukraine”.

Another user highlighted Farage’s firm stance that Brexit would give the UK “the sovereignty it is entitled to”, whilst saying the Brexiteer does not show the same support for national sovereignty among former eastern bloc countries.

“Not so much GB News as KGB News,” a third user joked, referencing the main security agency for the Soviet Union until 1991.

However, other people who are not the Leaver’s usual supporters agreed with Farage this time on his view over the Russia-Ukraine conflict. “Hate to say it but Nigel Farage is actually bang on the money here,” one person said.

Related: Russia-Ukraine: ‘This is a moment of extreme danger for the world’, Boris warns

Cognitive effects can last a year

Cognitive effects can last a year