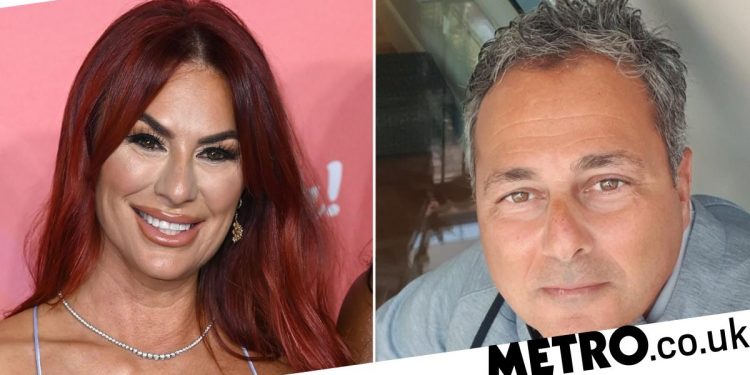 
The Real Housewives of Cheshire star Lauren Simon owes nearly £1million after becoming embroiled in a family court litigation following the breakdown of her marriage, a judge has been told.

The 46-year-old made her debut on the ITV show in 2015, when she was married to property investor husband Paul, 49, before their split a year later, after 13 years together.

Lauren had borrowed to pay for lawyers to represent her during a dispute over money with Paul, deputy High Court Judge Nicholas Cusworth heard, but had then entered into an out-of-court agreement which ‘compromised all of her financial claims.’

The judge was told that a litigation lending firm gave her a series of loans which now totalled nearly £1million.

Judge Cusworth has now concluded that the lending firm should be a party to ongoing litigation involving the ex-couple.

In 2018, another judge had ruled that Lauren should get a £3million payout, but this was overturned by Court of Appeal judges.

Judge Cusworth said that Lauren and Paul had then agreed, out of court, that she would get a home but ‘no additional liquid capital.’

He said that Lauren had entered into an agreement, ‘the effect of which was to compromise all of her financial claims,’ after parting company with her lawyers.

The litigation firm, Level, had written to the court days after the agreement was reached, explaining that Lauren was a ‘party to a loan agreement in relation to a substantial sum’ and asking to be ‘joined to the proceedings’, said the judge.

A letter from the company said: ‘We have been made aware that she might be attempting to enter into an agreement with the husband whereby she surrenders the entirety of her lump sum which would prevent her from being able to discharge her obligations under the loan agreement.’

The judge added that the out-of-court agreement gave Lauren ‘the right to reside in a property’ owned by Paul’s trust for the rest of her life.

He also said the litigation between the pair involved other issues besides money.

The Real Housewives of Cheshire is available to watch on ITV.


MORE : Real Housewives’ Dawn Ward cries after being cleared of anti-Semitic abuse on night out


MORE : Explosive Real Housewives of Beverly Hills season 12 trailer sees Erika Jayne in hot seat all over again: ‘I don’t give a f**k’